4 Odd Things That Feel Like Online Gambling, But Aren’t

The human brain is incredibly complex, and we’re just now starting to understand how each part of it functions, as well as how they all work together. Most people who visit online casinos do so for fun.
Although there’s a lot of talk about people who become addicted, the majority of betters simply like slots, poker, or whatever their game of choice is, and they stop playing as soon as it’s no longer enjoyable.

This has to do with what’s known as the VTA-NAc pathway or the “reward center” of the brain, which essentially tells you to do more of something if it feels good. Scientists believe we’re hard-wired with
the reward center because it helps to ensure survival of the species, because the area is triggered by naturally-occurring events, too. Things like food and social interactions set forth a chain of reactions within
the brain, which makes us want to seek out the same thing again. Online gambling works in a similar way. Every time you get a win, or even a near-win, your reward center says, “I like that. Go win some more,”
and so you click the spin button again.

For obvious reasons, we can’t sit at our computers all day and play slots. 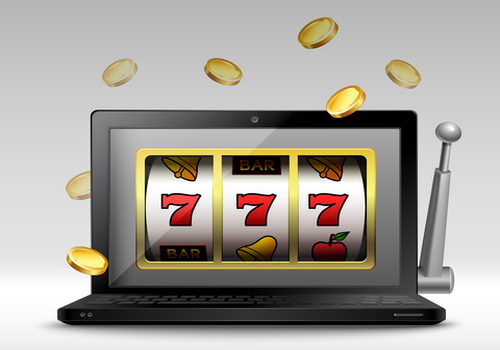 However, there is a ton of things we can do that trigger our reward centers, just like gambling does. Some of them are unhealthy, like excessive drinking, or drugs, while others are healthy,
or at least not harmful when done in moderation. The following contains four things that are safe to do, that will give you the feel-good vibe of online gambling, but aren’t related to it at all.

Again, the key here is moderation. Clearly, it’s not a good idea to indulge in high-calorie meals on a regular basis. With that said, our bodies can actually sense the difference between high and low-calorie
foods, and we prefer the more dense ones. Researchers believe we’re conditioned to seek out heavier meals as a result of the early days when humans had to hunt and gather and while food was in short
supply. Naturally, these high-calorie foods held our ancestors over for longer, and ensured the survival of the species. While it’s common knowledge that people like sugar, perhaps for the same reason,
we still prefer dense foods, even when we can’t taste the sugar. A group of scientists did a study with mice, which were genetically-altered not to have sugar-receptors. Researchers offered the mice two
sets of water, one with sugar and another without. Initially, the mice didn’t show any preference, but eventually, they gravitated towards the sugar water. As it turns out, all the animal kingdom, including
humans, can sense when something has more calories, even if it tastes the same. Be wary of overdoing your own tests to see if sugar triggers your reward center, as other clinical studies have shown that as
little as three sodas a day can shorten your lifespan.

Apparently, the novelty center and the reward centers of the brain are closely-related. One study examined how peoples’ brains responded to seeing something new or different. Researchers showed
participants a series of images. Familiar photographs generated no response, nor did negative images, like a picture of an angry face. However, brand-new images caused a strong response, which faded
with subsequent viewings. Animal studies have suggested that when the novelty center is triggered, dopamine is released, which then interacts with the reward center. Therefore, it’s entirely possible to
have a gambling-like reaction while flipping through greeting cards at the local market, or by taking a new route home.

Researchers believe that shopping produces the same result as gambling, in part, due to novelty. In theory, you should feel good simply browsing, or while trying on new clothes, because these actions cause
dopamine to be released. Bargain shopping or hitting sales actually improves the overall experience by reducing the discomfort we feel while parting with money.

While probably the most obscure thing on this list, smelling a baby really can trigger the reward center of your brain, too. Researchers had a group of mothers, as well as a group of childless women, smell a
baby’s pajamas. Although the baby who wore the clothes had no association to any of the women, the group of moms had physical changes within their brains while they sniffed. Besides a case of baby fever,
scents are known to trigger the reward center in other scenarios as well, as is the case with food. Perhaps that explains the desire to cover a newborn in kisses or gobble him up.


Because each person is wired slightly different and has a unique chemical response, there aren’t any steadfast rules as to what causes a gambling-like feel for everyone. However, there are commonalities and
these four things are quite likely to trigger your reward center, just like playing online slots do. For fun, you can try your own “scientific experiments” and see what other things are triggers for you as well.
Reactions: Kotsy, queenmap, Ellis and 1 other person

I hate shopping lol but, I do love the smell of a newborn baby. Sometimes wish one of my daughters would get prego again. Although, ONLY when they are ready.
Reactions: Mike, Marina and Kotsy

Wow, interesting article. Wondering what else should be on the list? Surprised that love/sex wasn't up top along and can understand why work wasn't there.
Nice read.
Reactions: Mike and Marina

if sugar triggers your reward center
Click to expand...

And I agree with Kotsy: I would have expected something about sex at top position.

Seaman63 said:
And I agree with Kotsy: I would have expected something about sex at top position.
Click to expand...