5 Names in Online Casino Software That You Should Know

There are many companies which specialize in casino game software development and many new ones emerging all the time. However, there are a few companies that either seem
to have been around forever or have made their mark in some way. Each of these five companies is unique in its own way and brings a special flair to the online gaming industry.

If you spend any time in online casinos, you’re either likely to come across their games or, if not, they just might be worth seeking out. 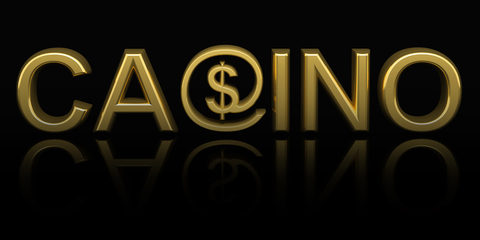 Although they have created an online casino platform for operators, game design is what BetSoft does best. They could actually pass themselves off as an animation studio, if they chose to go that route.
Their games are all intricately designed with high-quality 3D graphics and they go the extra mile to create in-depth characters and hire real voice actors for the audio. They also do their best to keep up with
trends and pop-culture, so the new games they release are hits right away. BetSoft is known for their series of “Cubed” games, which includes Poker3 and Slots3. Although they have made a little of every
type of game, including desktop and mobile options, their main pull is flash-based slot games. Some of their most popular titles are The Slotfather, Mamma Mia, and Once Upon a Time.

Established in Cyprus in 2006, Rival Gaming has already left quite a mark, introducing over 140 casino games into the market. Like BetSoft, they specialize in flash-based slot games and they do it in style.
However, Rival tends to create games that play out more like a console game. For the most part, even their slots are like interactive stories, in which players advance through levels and get to play mini-games.
Though they often have some of the lowest return-to-player percentages in the industry, their games are enjoyable based on sheer entertainment value. Their iSlots are hugely popular and the lineup contains
titles like As the Reels Turn, Cosmic Quest, Gnome Sweet Home, Reel Crime and Wild Safari. As most of the great software developers do, they’ve also created poker and table games. However, they’ve gone a
bit farther and created bingo, online scratch games and even Sudoku.

There isn’t a company out there that’s bigger than Amaya Gaming. In fact, when they took control of Poker Stars and Full Tilt Poker recently, they literally became the world’s largest publicly-traded company
in the industry. Amaya is actually once of the newer ones to step into the world of Internet gaming, as they were only established in Quebec in 2004. However, through a series of savvy business decisions and acquisitions, they have grown incredibly fast. They have also developed their own platform for casino operators and it does hold a few proprietary titles, but mostly, Amaya sticks with partnerships and buying
up other companies to provide a full gaming experience. Naturally, they have every style of game imaginable, from the aforementioned poker, to table games, sportsbook and slots. Some of their popular slot
titles are Conan, Wonder Woman and Cubis.

Out of all the software developers, WMS Industries is one of the most fun. Their parent-company started way back in 1943 in the US. In all fairness, they started out creating mechanical games, similar to
pinball games, which subsequently turned into slot machine games. Eventually, WMS branched out into online casino games and then into online social casino games. Regardless of the venue, their software
is incredibly innovative, and it’s clear they focus on designing games that people will enjoy. Mostly, they work on slot games and a few titles of theirs, which are fan-favorites are KISS: Shout it Out Loud!,
Wicked Riches, Zeus I, II, and III, as well as Yahtzee.

A lion of a company, Leander Games has made some amazing developments in a short while. They were formed in 2008, in Buenos Aires, Argentina and are best-known for their Reely games. They have a
little bit of everything, but their core focus is mostly high-quality slot games. Although they seem unrushed to put out games as fast as some of the other companies, the ones they have completed are superb.
They even managed to secure deals with Megadeath and Dolly to design games in their likenesses. A few more of their popular slots include 7 Lucky Dwarves, Zombie Rush, and Three Little Pigs Strike Back.


Regardless of where these companies began, they’ve each demonstrated that they bring something unique to the table. As such, they’ve got definite staying power,
and we’re sure to be seeing great things from them in the future. While some of them are giants and some are still rather small, each one is growing in its own way.
Reactions: Kotsy, Ellis and Mike

I love the different software out there. It really give you a variety of play.
Two favorites from WMS are Bruce Lee™ and Kronos. You can get some really nice hits on both.
Reactions: Mike and Marina

Just thinking back when I started to play online, we only had Microgaming (the old one - not the Viper), RTG without the Real Series Slots and Boss Media with only Classic Slots. Am thankful for the development the last years.
Reactions: Mike, Kotsy and Marina