5 Online Slots to Warm You Up

When winter sets in, it’s beautiful. The snow falls, and the earth looks crisp and clean. There are snowmen guarding lawns, children outside playing and there’s holiday music in the air.
Eventually, though, the snow starts to look dingy, the holidays pass, and we grow tired of drying out clothes, shoveling snow, and just being stinking cold. If you’re ready for winter to be over,
consider taking a mini-vacation with one of these five slots.

You may still see a little snow in Roamin’ Gnome, but the gnome is delightful enough to distract you from it. You’ll follow him on a world tour, watch some amusing elfin antics, and hopefully bring home
some cash. The Cryptologic video slot has 5 reels and 30 paylines. There are also wilds, expanding wilds, scatters, free spins and a bonus round that lets you pick your destination. The RTP is only 94-percent,
but it’s on par with the RTP of other high-quality video slots, and the jackpot is a hearty 10,000 coins.

2. Paco and the Popping Peppers 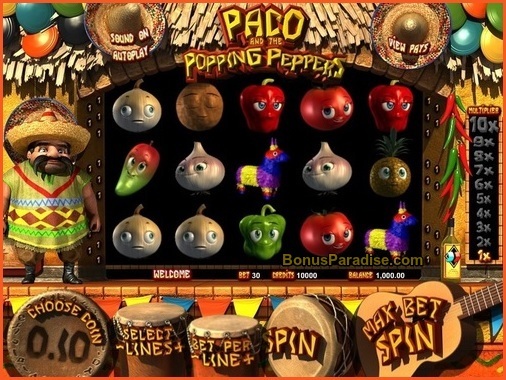 Betsoft created Paco and the Popping Peppers, a mildly amusing game. Paco is your Mexican host and mariachi music airs in the background while you play. If you’re slow at the controls, Paco will
urge you on in Spanish or take a little siesta. The 3D slot features some silly animations. Each of the icons are done up as peppers, with the exception of a pineapple which is included for unknown
reasons, and they all have faces as well as different personalities. They make shrieks when you win and, as the name suggests, they burst. The neat thing about that is that new icons will fall into the
blank spaces left behind and winning combinations will continue to burst, allowing you to rack up some serious credits. There is also a piñata, which serves as the wild, and a straw hut, which is the
scatter icon and can help activate the bonus round. The game has 5 reels, 30 paylines and an RTP of just over 94-percent.

More than likely, Sunset Beach will be most popular among males who play online slots, due to the three bikini-clad babes which adorn the reels. However, it does contain four simultaneous-play games,
which will probably catch the eyes of ladies as well. Each machine has 5 reels and 20 paylines, plus a chance to win 70,000 times your line bet. The girls are your wilds, and if you manage to get the brunette
on any of the second reels, the redhead on your third reels, or the blond on any of the fourth reels, they become expanding wilds and put on a little show. It’s a newer Playtech slot, and it’s one of the first that
they included “cloning wilds” in, so if you’re super lucky, the girls will duplicate themselves across your games. It also has free spins, a bonus game, and an RTP of 95-percent.

It doesn’t get any hotter than fire and a 15,000-coin jackpot is sure to keep you warm. 5-Reel Fire is a 3D video slot, put out by Amaya Gaming. As one would expect, it has 5 reels, plus 25 paylines. The
animations are cartoonish and the icons include the fireman, a cat in a tree, a Dalmatian, a fire hydrant, and more. Fire is the game’s wild and there are also scatters and free spins. There isn’t anything
overtly exciting about the game, but it’s pleasant and the controls are easy to use. 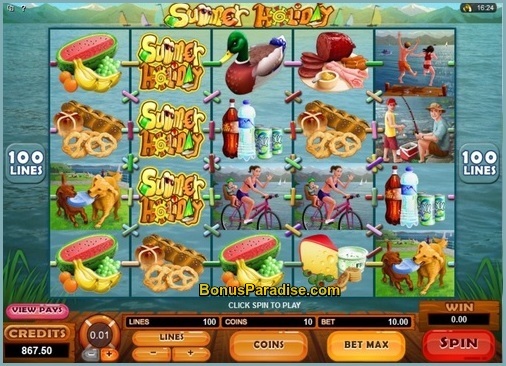 If you long for warmer months, check out Microgaming’s Summer Holiday. The images aren’t anything fancy, but they do evoke a peaceful, relaxed feeling. There are picnic foods, a mom and child on a bike,
and older couple on a boat, and kids jumping off a dock into the water. The game allows you to choose how many lines you’d like, up to 100. It has five reels, wilds, scatters, and free spins. At the end of your
free spins, you’ll have the option to respin them all, take what you’ve won, or trade them in for a mystery prize.


Sadly, none of these games will actually bring warmer weather your way. However, they do allow you to take a short vacation from it all, or at least warm you up in one way or the other.
Not only will they help you pass the time, so summer will truly be a bit closer when you’re done playing, but they also give you a chance to win some serious cash. Each one of them was
made by a different well-known casino games software developer, so you’re likely to find at least one of them available at your favorite online casino, no matter where they get their games.
Reactions: Ellis and Mike