9 of the Best Celebrity Poker Players

Poker has really caught on in recent years and it seems a number of Hollywood’s most elite are regular players. While some tend to play discrete and private games, others are
continually in the media spotlight for their gambling. In any case, they’re all high-rollers and often sit among millionaires and billionaires, trying to gain the upper hand.

In 2011 A-Rod made headlines, but it had nothing to do with being a star Yankees player. The athlete was named among a group of celebrities who had been involved in an illegal gambling ring run by
“Poker Princess” Molly Bloom. The games allegedly had ties to the Russian mafia and it’s rumored drug use was prevalent at the table. It’s said that Mr. Rodriguez never walked away with much after the
games, but he likely came out ahead overall. 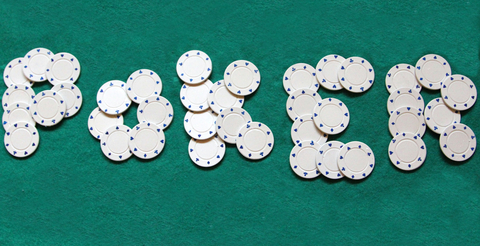 According to news reports, Tobey McGuire netted over 300,000 dollars from the same games that A-Rod attended. Unfortunately, he went down in court as well, but he managed to settle the debt for a mere
80,000 dollars. Ms. Bloom has said he was the best player of them all and brought a 17,000 card-shuffler with him to every game. In addition to being the best player, she also said he was the rudest, and that
he once ordered her to bark like a seal to earn a 1,000 dollar chip as a tip. The Poker Princess says she declined.

According to Ms. Blooms’ accounts, Leo was at the underground poker games as well. However, he wasn’t into the game for himself. Supposedly, he went along at the request of his friend, Tobey McGuire.
Per Ms. Bloom, the one-time Spider Man believed Leonardo had more star power and could therefore bring more high-rollers to the table, so he could collect more winnings. It seemed to work out pretty
well for him until the end.

Another member of the moving poker games hosted by Ms. Bloom was Ben Affleck. He’s also been in the news quite a bit over the years for his gambling habits. He routinely enters in contests and championships
and often collects big winnings. In 2014 he was banned from The Hardrock Café in Vegas for allegedly counting cards and is rumored to have collected millions from poker over the years. However, he also has a reputation for being a gentleman as well as a high-tipper, and staff at his games have claimed he’s been generous enough to divvy up his entire take among casino employees at the end of a game.

Most everyone knows that Ben Affleck and Matt Damon are good friends. So, naturally, Matt was at Ms. Bloom’s games too, and the pair frequently play poker together. It’s said he also took up gambling due
to his role in the movie “Rounders.” Most accounts say he’s not as good of a poker player as his buddy, but he’s equally as gentlemanly.

For those who don’t know, Jennifer Tilly has been acting for decades. She’s done everything from Hill Street Blues, to Broadway, to voice-overs in animated films like Monster’s Inc. She’s also well-known
for her roles in the Chucky franchise of horror films. She’s been involved in The World Series of Poker and in Bravo’s Celebrity Poker Showdown. In 2008, she retired from poker, but resumed it just two
years later, and by 2012 her live tournament winnings totaled more than 590,000 dollars.

Although she once worked as a model, Shannon Elizabeth’s major claim to fame is her role in American Pie. Poker is what she considers to be her “second career” and she travels to Vegas as much as three
times each month. She’s also been involved in almost every championship imaginable and has netted in excess of 200,000 from live tournaments.

PokerStars actually signed up the Seinfeld actor to be their spokesperson back in 2009 because he was so well known in the industry. Although his total live tournament earnings sit at just over 29,000 dollars,
he hasn’t been quite as involved in the games as Jennifer and Shannon.

Mr. Woods has over 20 tournaments under his belt to date. A few of these include charity events, including one for the American Stroke Association. At one point in time, he had an endorsement deal
with Ongame Network’s Hollywood Poker. According to reports, he was so good at online poker that he’d wake up in the morning, play a few hands, and he’d live off the earnings. His live tournament
winnings are over 120,000 dollars.


Celebrities everywhere are getting into gambling and players like Mr. Woods and Mr. Alexander have made the online poker industry much more well-known.
Perhaps it’s because they’re such skilled actors that they’ve got their poker faces down. At any rate, it’s not likely these players will leave the limelight or the tables anytime soon.
Reactions: Ellis, Kotsy and Mike

There are so many celebrities that enjoy their hand at poker and more. Wasn't long ago that Ben Affleck was banned from several places for "counting cards". The most notorious he was banned from was the Hard Rock Vegas Casino, but he's allowed in to play other games. I find that kind of ironic. You'd be surprised at how many notables can easily drop tens of thousands of dollars in a night of playing cards or slots.
Reactions: Mike
You must log in or register to reply here.
Share:
Facebook Twitter Reddit Pinterest WhatsApp