If you are new to the gambling scene or have simply never looked into how to play Baccarat, you might want to take a few minutes to familiarize yourself with the game.
Try not to let the strange name fool you; Baccarat is one of the most popular casino games out there. Before delving into a few tips for beginning Baccarat players,
let’s try reviewing a brief history of the game to better understand its rich past and current popularity.

Many people believe that the game of Baccarat was first introduced in the country of France in the 1400s. It is interesting to think about the card games we play today being used
in the courts of King Charles the Eighth during the 13th century, isn’t it? You have probably guessed by now that the name Baccarat has European roots due to its European origins.
Baccarat is very similar to the Italian word for zero, “baccara.” Most experts agree that the title for the game Baccarat stems from the French pronunciation of this Italian word.
Interestingly, the game is named after a losing score of zero instead of a higher score. During this game, you really do not want to end up with a baccara.

Baccarat was first introduced in Las Vegas in the year of 1959. A form of the game known as Chemin de Fer may have surfaced in Las Vegas about a decade beforehand; experts believe that
this form of the traditional game led to the advent of present day Baccarat throughout Las Vegas and then the world. Interestingly, Chemin de Fer remains a popular card game in casinos located
throughout Europe. Other variations of Baccarat include Baccarat Banque (also known as deux tableaux) and a North American version of Baccarat known primarily as Punto Banco.

As you can see, Baccarat has been around for a long time and continues to remain a popular casino game during the present day. The history behind the game may surprise some; most people do not stop
to think of gambling games as having any sort of historic value. However, the information above indicates that card games do, indeed, have their very unique niche in history. 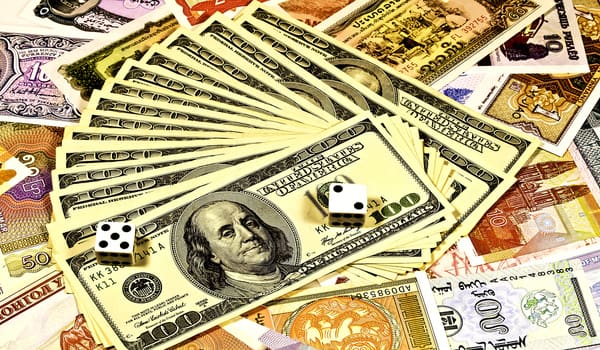 Now for the fun part: a few tips about gameplay for beginners.

All of those multiplication tables your parents made you practice over and over again as a child may finally come in handy. Baccarat, like many popular gambling card games, uses a fair amount of math
during gameplay. The winning hand is decided by dividing the total face values in a final hand by ten, and the individual with the highest final score is the winner. Obviously, it can be useful to know how to
complete simple math quickly in your head. Not surprisingly, over 70% of the gamblers who are successful at Baccarat in Las Vegas casinos are, for the most part, in the profession of banking and other
math-immersed professions such as engineering or computer science.

Gamblers know that a key aspect of gambling is something totally uncontrollable: luck. Because it is impossible to predict precisely how a game of Baccarat will turn out, it is very important that you avoid
placing ambitious bets on a whim. If the stakes are higher than you feel comfortable with, then simply drop out. It is better to be safe than sorry when dealing with your own money. In order to prevent
yourself from overspending at the Baccarat table, try deciding how much you are allowed to spend beforehand. If you approach a table with a preconceived notion of how much you are willing to put down,
you are far less likely to make rash and unwise decisions with your money during the heat of the game.

Do a Little Studying

Even though there is a lot of luck involved in the game of Baccarat, it is still very important to take a look at the rules and regulations. Many resources also include a list of tips and tricks for those who are not
familiar with the game. If you are interested in learning a little more about Baccarat, try looking at a local bookstore or a public library for playing manuals. Or, even better, ask a friend to show you the ropes.
You may be surprised at how much it helps to simply take a look at the logistics before approaching the Baccarat table for the first time.


Baccarat is a very popular casino and online gambling game that includes a unique balance of luck and intelligence. Those who excel at the game of Baccarat often become lifelong Baccarat fans
and enjoy learning how to hone their skills over the years. If you are looking for a different, fun experience within the online or traditional gambling realm, try your hand at Baccarat.
A little adventure will be good for you-- and we’re pretty sure that you will have a blast.
Reactions: Kotsy, Ellis and Mike

Great Article about Baccarat! These tips are very usefully!
Reactions: Marina and Ellis