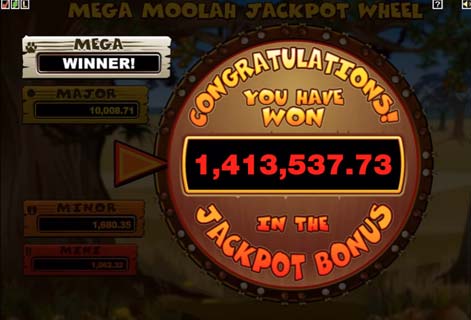 Casino Rewards is a loyalty program that is linked to a number of top Microgaming-powered online casinos in the business, including Grand Mondial Casino where the win was recorded.
Casino Rewards conveyed the story of the big win to the industry this week, relating how the winner was a very deserving player known as K.T who had joined Casino Rewards just a few short hours earlier!

K.T is a part time student working two jobs to support herself through her degree.

“It was after a long day of working and studying and I wanted to wind down,” she recalled.
“I was laying on my living room floor with a glass of wine in front of my laptop watching Christmas movies!
My sister had told me about 150 free chances on Mega Moolah for just $10 so I gave it a go... and here I am!”

The lucky winner said that she placed her bet on Microgaming’s most frequently hit progressive jackpot game, Mega Moolah and reached the spinning
jackpot wheel by landing the right symbols on the reels. She eyed the white paw on the reel and sent up a prayer that she would land that very symbol.

“The sign came up saying 1,413,647.73,” she said ecstatically.
“I think I drooled a bit and my eyes went wide open! I sent my sister a picture of the win and she was so happy for me, I could feel the emotion!”

K.T said that when she finally calmed down enough to make a phone call, she contacted Casino Rewards who were very helpful and reassuring, and managed to answer all her questions.
She spoke to the rewards program on the night of the win, and, according to her, “it was all smooth sailing from that point.”

The winner said that she has complete peace of mind now, following her grand win. She said that she could afford to travel, invest and go to school full time, before finally beginning
a career in something she would like to do. Most importantly, however, is that K.T will finally be able to see all her family this year after spending over two years apart from them.

“I even bought myself a nice purse… not on sale!” she joked.

K.T had words of praise and pearls of wisdom for online casino players.
“Casino Rewards is an awesome company, just trust it. Have fun,” she said. “if you don’t win this time, you might win next time.”
Reactions: Gemini69 and Mike

Casinorewards is really the place where the Mege Moolah jackpot get's hit all the time!
Congratulations to K.T. enjoy spending your winnings!
Reactions: Marina
G