Changes to the UK’s Remote Gambling Laws Cause Concern

The future of remote gambling in the UK remains uncertain, as new regulations brought about by the Gambling (Licensing and Advertising) Act 2014 continue to be highly-debated.

The act received Royal Assent May 14, 2014 and was expected to go into effect on October 1. However, online casino enthusiasts in the UK remain on the edges of their seats,
awaiting the results of a legal challenge set forth by The Gibraltar Betting and Gaming Association (GBGA).

Under the 2005 Gambling Act, a regulation agency called The Gambling Commission was established. The intent of the organization is to oversee Great Britain’s commercial gambling industry
to ensure it’s both crime-free and fair. It also exists to protect children, as well as other vulnerable people, from the dangers of gambling. The 2005 Gambling Act additionally requires entities that
have remote gambling equipment anywhere in the UK to obtain a license from the Gambling Commission. Furthermore, it restricts how gaming operators are permitted to advertise within the UK
and limits the list of acceptable advertisers to those in specific countries and regions. As many would expect, the new laws caused a mass exodus of gaming operators, out of the UK. In fact, all but
one of the top ten operators left and established headquarters elsewhere. 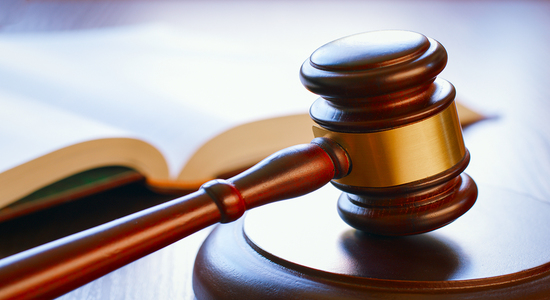 In 2013, a new set of laws was proposed. Government officials explained that the laws would protect UK players from shady business practices within the remote gambling industry. In order to do so,
any business operator who accepted UK clients would be required to have proper licensing and agree to report any suspicious betting patterns. Additionally, a 15-percent tax would be collected from
any revenue generated by players in the UK.

Some groups see Gambling (Licensing and Advertising) Act 2014 as a great aid to the public. They expect the method to end corruption within sports betting, or they appreciate how the licensing process
protects UK’s remote gamblers from unlawful and unfair practices. However, others firmly believe the 2005 act was nothing more than attempt to grab hold of more tax money, which failed, because
companies simply moved offshore to avoid harsh penalties and governmental expense. The 2014 act, thusly, is the UK’s further measure to capture assets. Considering that a sports betting venue must
pay 19,500-pounds in application fees, as well as nearly 118,000-pounds in yearly dues, the treasury stands to bring in as much as 5-million-pounds annually in tax revenue.

Aside from finances, some who oppose the act feel that it will cause many legitimate operators to close their doors to UK customers. This would leave online gamblers with no choice but to cease the
pastime altogether or to seek unlicensed and unregulated venues. As the laws were created particularly to protect citizens from unsafe establishments, this would nullify any benefit.

The portion of the act that pertains specifically to licensure was scheduled to take effect October 1, while the companion law involving 15-percent taxation on revenue is due to begin on December 1.
The GBGA, a professional organization that represents Gibraltar-based remote gambling operators, filed a legal challenge against the 2014 act, calling it unfair, unlawful, and stated that it interferes
with right to free movement. They have furthermore added that people will simply move to unlawful venues, making them more vulnerable to gambling addiction and fraud. While the fate of the act
is being determined, the requirement for licensure has been pushed back to November 1 2014.

Many of the larger operations that cater to UK customers, but are based elsewhere, lost 3 to 5-percent of their share values immediately after the act passed. To date, hundreds of companies have
complied with the new licensure requirements; while others have simply vowed to go dark in the UK if/when it takes effect. Because the EU has strict guidelines that don’t allow companies to set
alternative prices based on a consumer’s location or nationality, and over 17-percent of the world’s sports betting, revenue comes from those in the UK, some popular sites are setting up specialized
platforms to cater specifically to them. PokerStars and Full Tilt are among those that have reassured their members that gaming will continue, though on a specialized site.

If Gambling (Licensing and Advertising) Act 2014 goes into effect, it’s difficult to say how it will change the face of online betting. Many companies intend to maintain a presence in the UK,
despite the heavy taxes and licensing fees they will have to pay, while others will simply fade away. If the GBGA’s voice is heard and the act does not go through, companies that have already
paid their licensing fees may or may not be able to recoup their costs. For now, all anyone can do is wait for a decision to be made or for November 1 to roll around.
Reactions: Kotsy and Mike

November 1 will be quite interesting.