Decoding the Online Slot Machine - How RNGs and RTP Works

One of the biggest questions that players of online and video slots have is how the game’s internal functions work. Unlike traditional mechanical machines, the behaviors of these software-drivenoptions seem to mystify. Rumors may spread like wildfire about a particular machine that’s looser than others of the identical type or patrons will explain how they know a machine is about to pay out.

Some will argue that a game can’t truly be random, or each would have the same RTP. Even those who go the extra mile and attempt to research how slot machines work are often greeted by a series of equations that would take a NASA scientist serious time to comprehend. For the sake of simplicity, this article will explain, in a simple manner, how RNGs and RTP work together to determine the outcome in software-driven slots.

The random number generator (RNG) is the heart of any game of chance, and it’s also one of the reasons why software developers keep expert mathematicians on staff.
Computers don’t manage randomness well, so they usually use pseudo-random number generation. This method is used a lot for encryption, as well as slot machines. Each pseudo-random number generator (PRNG) will use a unique formula continually, to deliver a series of unpredictable results. Therefore, the software won’t actually create numbers at random, but to anyone who doesn’t know the formula, the game becomes one of chance, due to artificial randomness. For instance, the PRNG may rely on a specific date and time in history, combined with the present moment, to set a base, or seed, number for the equation. However, any type of measurable, yet simple, equation can be used to create this figure, and it’s up to the mathematician to select one that will provide a wide, or continually changing, set of results.

It’s also possible for a program to provide true-random number generation, by forcing it to include real-world variables within the algorithm. Although no company has outright said they use a true-random number generator (TRNG) in casino game software development, it’s theoretically plausible. For example, the program could count the amount of time between the selection of the final bet amount and when the spin button is pressed, to determine the seed number.

In the event a PRNG is used, the computer is continually working to deliver results, whether a player is present or not. A TRNG may only operate based on player behavior. Again, there’s no indication TRNGs are used in casino games, but it is possible, if a developer decides to set itself apart from normally accepted practice. 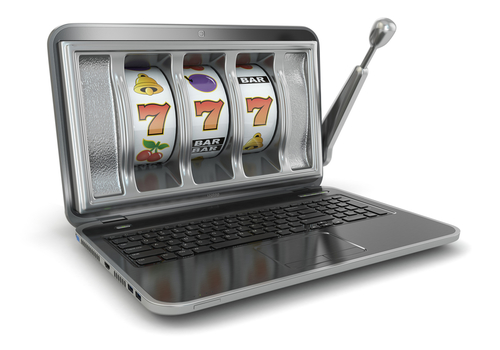 The RNG algorithm of a slot is set to spit out one number per reel on the game. Again, depending on the formula used, a single reel can have just a few numbers assigned or billions. Each number will correspond with a spot on the reel, also called a stop, and it will cease spinning at the pre-determined location. Therefore, how long a player lets it spin, how long the button is pressed, or any other variable is irrelevant. From the moment the spin begins, the outcome has already been decided by the computer.

In theory, if each slot was created with an equivalent number of stops, and they all used RNGs, they would all have the exact same return-to-player (RTP). This is the percent of overall money that a game pays back to players over time. However, as any online casino fan knows, each game has a distinctive RTP. In fact, sometimes the exact same game will have a different RTP depending on which casino it’s played at.

This is because the programmer or mathematician can also select to weigh the individual stops. For instance, he can elect to assign 10 of the possible random number combinations to the cherry stop, and the non-winning space above it can be assigned 100 of the numbers. Many jurisdictions have rules that developers must follow about this practice, as it can be used to encourage betting.

After all, a player is more likely to keep going if he feels like he just missed a winning combo, so restrictions are often in place to limit how much these near-misses can be weighted.


Aside from being a mathematical genius and knowing the formula, plus being able to manipulate results, it’s virtually impossible to change the outcome of a spin on a slot. This can be said of the mini-games some provide as well, like when a player gets to select a single box in a lineup. In these cases, whether a player will find a hidden item or select the biggest prize is predetermined. The computer already knows whether the player will win, which makes selection totally irrelevant. For some, this knowledge may be disheartening, as people have the tendency to want to control their environments.

However, it also allows for a greater understanding of how online slots work, which can help others relax and enjoy the game more, knowing that it’s never their fault a win didn’t come. It doesn’t hurt the amazing feeling that comes from a big win at all, though.
Reactions: Kotsy, Seaman63, Mike and 1 other person

Interesting to read a little bit more information about the RNG and RTP.
Thanks for this good article, because I now know that its not my fault I never win a dime
Reactions: Seaman63, Mike and Marina

Wow, very informative. Finally an article telling how it's done. Each Casino can select their own RTP. I guess that's why some places have more hits than others.