​
Microgaming’s Mega Moolah progressive jackpot slot has been one of the most rewarding slots in online gambling history, delivering life-changing prizes to players since the day it was released. The slot has been referred to as “the millionaire-maker slot” for a reason, and it has proved once again why it deserves that title.

Saturday, the 5th of April, Mega Moolah has delivered another yet mind-blowing sum to a lucky player. 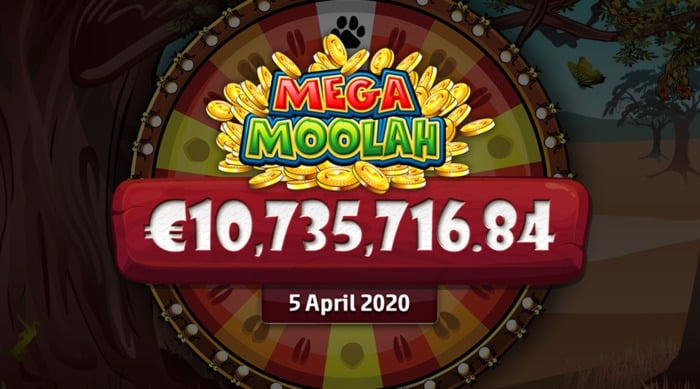 Playing at Jackpot City, a Microgaming-powered online casino, this player scooped a massive €10,735,716 (CA$16,496,347.95) prize.
Microgaming shared the news on its official website and commented on the big win.

If you have been reading our posts, you know that we’re always the first ones to inform you when a big jackpot prize has been struck. Well, a player at Jackpot City Casino has scooped a game-changing prize on Microgaming’s Mega Moolah slot.

You know that Mega Moolah is one of the many progressive jackpot slots in Microgaming’s network, delivering prizes like this left and right. In fact, to date, it has delivered more than €1.1 billion to all those lucky players. Just this year, it has awarded a total of €26 million across 15 players who took home more than €10,000.

Microgaming earned its first Guinness World title for the "Largest jackpot payout in an online slot machine game" in 2015 when its progressive jackpot network delivered €17,879,645 to a player. But that record was broken in 2018 when a player at Grand Mondial Casino won €18,915,872 playing Mega Moolah.

Mega Moolah, for those of you who don't know, is a jungle-themed 5-reel slot that offers 25 paylines. Its gameplay is rather simple. You form winning combos with the animal symbols and you take decent prizes. The Lion Wild, which has become the most iconic character in online gambling history, helps you form those wins more often.

But things get heated once the bonus game triggers at random. This is when you’re given the chance to spin a Wheel of Fortune, where four jackpot segments are present. The jackpot prizes increase according to the bets placed by players all around the world. They start seeding at €10, €100, €10,000 and €1 million. The one that starts at €1 million, though, as you can see, can increase to eight figures, as it did before the lucky Jackpot City Casino player hit it last Saturday.

Soon, on the 5th of May, we’ll see another progressive jackpot being released, Absolootly Mad Mega Moolah, but Microgaming has announced that more progressives are to follow this year.


Microgaming’s Comments on the Big Win

Microgaming always takes its time to congratulate the big winners, the new millionaires made by its progressive jackpot network. Andrew Clucas, its Chief Operating Officer, issued a statement on the massive win. He said that everyone at Microgaming was thrilled for the lucky player who had scooped the big €10.7 million prize.

Clucas congratulated the winner, commenting that Mega Moolah continued to be the favourite progressive jackpot slot to players from all across the globe. Finishing his statement, Clucas added that they were all very excited to be adding many more progressive jackpot slots to the network throughout the course of the year.
Reactions: Mike and Goldharry

Michelle Lee Sewell I have been searching for 2 yrs for this record I knew the must be record somewhere I'm in Tauranga New Zealand.

Gemini69 said:
Michelle Lee Sewell I have been searching for 2 yrs for this record I knew the must be record somewhere I'm in Tauranga New Zealand.
Click to expand...