Gambling Movies that are Sure Bets

The Gambler has now released in most parts of the world and it will be available most everywhere else by the end of January 2015. It has a star-studded cast, with Mark Wahlberg in the leading role,
plus Jessica Lange and John Goodman in supporting roles. Wahlberg plays the role of a man named Jim Bennett, who gambles away too much money and owes a large sum to a loan shark. Without
revealing too much of the plot, the story follows his attempts to set things right, and it’s loaded with drama, plot twists, organized crime, and has a hint of romance. If the concept behind it sounds
familiar, there’s a chance you’re remembering a 1974 film by the same name. The original movie starred James Caan, Lauren Hutton and Paul Sorvino. It received slightly better ratings than the remake
has so far, but both are worth watching if you appreciate the style of movie. Of course, movies involving gambling aren’t anything new. Here are some more sure bets when it comes to the genre.

Matt Damon takes the lead in this 1998 film. He plays underground high-stakes poker games, which seems a bit ironic, considering he was later caught up in Molly Bloom’s underground poker ring
in real life. Additional cast members include Edward Norton, John Malkovich, and Famke Janssen. The movie has received mixed reviews over the years, but it’s also a mainstream classic.

Audiences have also been divided on Casino, which was released in 1995. Robert De Niro plays the main character, but the cast is loaded with well-known names. Sharon Stone, Joe Pesci, James Woods,
Don Rickles, and Alan King all have roles. Plus, the movie was directed by Martin Scorsese, who also had a hand in writing it. The storyline follows a group at a corrupt casino as they rise to the top, and
also the chaos that ensues as their empire crumbles. 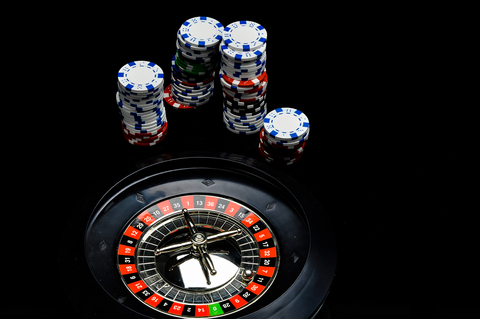 Although an older movie, The Sting is an absolute classic. Paul Newman and Robert Redford joined forces with director George Roy Hill in this comedy, shortly after they worked on Butch Cassidy and
the Sundance Kid together. It’s based on a tale of real-life conmen and is loaded with surprises and laughs. It also earned several Oscars in 1974 and had a sequel released in 1983.

It’s nearly impossible to pin down what genre Lock, Stock and Two Smoking Barrels belongs to. It was written and directed by Guy Ritchie and contains drama, comedy, plus some action. The cast includes
Jason Flemyng, Dexter Fletcher, Nick Moran and Jason Statham. Sting, the musician, even has a small role in it because his wife was the executive producer. Like some of the others, it’s about the seedy
underbellies of poker and organized crime, but it breathes new life into the concept.

Even though Waking Ned Devine isn’t a movie about gambling, per say, it’s based on what happens when one “lucky” Irish man wins millions in the lottery. Lucky probably isn’t the best choice of words, considering he dies of shock. However, the movie follows the story of the local townspeople who try to hide his passing in an attempt to divide the cash among themselves. It’s one of the tamer films profiled here and is good for laughs.

Originally released under the name “Intacto,” in 2001, the Spanish flick can only be summed up as a psychological thriller. Naturally, the actors in it are mostly known for their work in Spanish movies,
but a few of them, like Leonardo Sbaraglia, Eusebio Poncela, Antonio Dechent, and Max von Sydow, have fairly extensive histories in cinema. Intact utilizes a supernatural plot, in which certain people
have the ability to steal the luck of others. It’s an eerie concept that’s sure to keep you at the edge of your seat.

Are You a Gambling Movie Master?

Have a look at the list and see how many of these other titles you have watched.


There are literally hundreds, if not thousands, of movies about gambling. They come from every possible genre, are in numerous languages, and cover every type of betting game, too.
Most of those listed here aren’t for the faint of heart, as they have mature themes and elements, but a few of them, like The Sting and Waking Ned Devine, are suited for mixed company.
Reactions: queenmap, Marky777 and Mike

Ocean's Eleven and Casino Royale are one of my favorite Casino Movies!!

Love these to Mike! But also like Runner Runner with Justin Timberlake and Ben Affleck
Reactions: Goldharry and Mike
M

I really like Casino Royale and all the Bond movies..
Or are it the nice ladys I like
Reactions: Goldharry, Ellis and Mike

I love the movie Ocean's Eleven.
Reactions: Goldharry and Marina

Yup me too, and let's not forget to mention George Clooney and Brad Pitt
Reactions: queenmap and Goldharry

I still hope to see Ocean Fourteen on TV. But the maker of the movies did say that they do not make this one because Bernie Mac died in 2008, so the cast is not complete anymore.
Pitty!!
Reactions: queenmap