It’s fairly common knowledge that gambling can be a fun activity for most, a real job for a select few, and a severe problem for some.
Even with that in mind, there is still quite a large stigma against gambling, even benign social gambling or going to the casino every now and then.

Why is there a stigma against gambling? Why does it persist?

This stigma is definitely strange but it becomes even stranger when you consider that, according to some sources, over 86% of Americans have gambled at some point, even having played a scratch card
or two. It is possible that many American have a stigma against gambling due to the idea of problem gambling. One study estimated that around five or six percent of the American population has had some
form of gambling problem. Compare that to alcohol statistics and there is an interesting revelation. According to the National Institute on Alcohol Abuse and Alcoholism, nearly 88% of adults aged 18 and
up have had an alcoholic drink in their lifetime (a reasonably close percentage to those who have gambled). One quarter of adults have reported binge drinking at some point in their lives. This would be,
essentially, going into debt or losing a significant amount at the tables one time in your life. The interesting fact about alcohol is that around seven to eight percent of adults have had an alcohol use disorder
(whether abuse or dependence) at some point, whether it is ongoing or they are in recovery. These problems make it the third leading cause of preventable death in the United States.
Unlike gambling, alcohol does not have the same stigma as gambling, even though the problem numbers are higher. 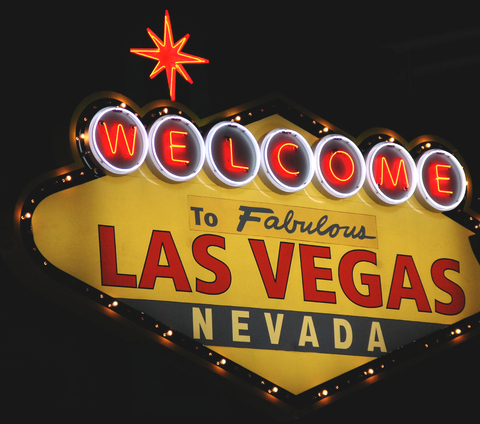 It is quite possible that the stigma lies in very ingrained moral stances against gambling that go back to religious teachings. Similarly, it could be that gambling is associated heavily with Las Vegas, a place that
is seen as having a significant amount of other stigmatized behaviors. That hub of gambling has associated with it ideas of prostitution, cheats looking to take your money, and loan sharks taking your thumbs.
It’s also associated with down-on-their-luck regular Joes risking it all and sometimes losing everything on a game of craps, poker, or blackjack.

This view is not helped by gambling movies like Lock, Stock, and Two Smoking Barrels; Casino; Ocean’s Eleven; and Owning Mahowny (no matter how great those movies may be). But what many people
don’t consider is the smaller casino towns that would not breed that stigma if they were the hubs of gambling. For instance, Blackhawk, Colorado is a pretty big gambling resort in the mountains of Colorado
but does not appear to have the same negative stigma or activities attached to it as Sin City, making a case that the stigma against gambling, especially when you consider legalized gambling inside of a city’s
limits, is a stigma against the city turning into Las Vegas. Again, what people see in the movies and in the popular imagination of Las Vegas is only The Strip. That is not even a large part of the city of Las Vegas,
which is a fairly normal town that is simply bolstered by a very healthy tourist industry.


But this doesn’t explain the stigma that is still associated with online gambling activities. One hypothesis is that advocates against online gambling find that having easy access to it will make it easier to
become addicted to it. An easy argument against that is to watch anyone addicted to a drug: they’ll find any way to get their fix until they realize their problem. To use an example that is gambling-related,
think of the people associated with the Georgia NCAA bust recently. They all found a very risky and very illegal way to gamble thousands of dollars in their own backyards and without the use of online gambling.


An unfortunate, and very real, side effect of the stigma against gambling is the stigma against seeking help for problem gambling. Though it only affects a small amount of the population, the effect can be
very real for the people living through it, as well as their friends and family. Like alcohol problems, addiction has its own stigma; but unlike alcohol, gambling has its own social stigma attached to it as very
few people still want a prohibition against alcohol, but plenty want one against gambling. This creates quite a bit of shame for people that may need to, and want to, seek help. Also, there are programs to
help people understand drug addiction and how it physically changes brain chemistry, making it much easier to grasp. On the other hand, the stigma against gambling prevents any such education from
occurring for most people, keeping people in the dark about the changes in the brain that happen when someone does engage in problem gambling.


The stigma against gambling may hurt large, faceless companies like casinos, which doesn’t really bother many of us, but it does actually hurt real people who may have a real problem that they need help to combat.
Reactions: Mike, Ellis and queenmap

Thanks for the interesting article Marina!
Reactions: Mike and Ellis