An American Defense Department audit, released Tuesday, noted some “interesting” things that were being charged to government-issued cards. Namely, several of the employees
(both civilian and military) were using these cards on personal expenses; some of the main luxuries that the employees seemed to be spending on were gambling and adult entertainment. 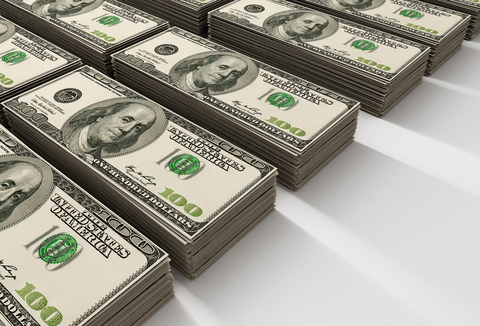 A spokesman from the Pentagon stated that the government didn’t necessarily pay the charges, as each employee is required to turn in receipts for their spending. The spokesman made it known that sometimes employees would use the cards on luxury items or for personal spending and then pay that portion of the bill themselves. Some people have guessed that this was a way for some of the government employees to
keep their spending habits from their spouses, but it still seems quite problematic for even the potential of that kind of abuse. While this may be true, the report found that, in some cases, the taxpayers did foot
the bill since the charges were left on the cards and never paid for by the spenders.

While the Defense Department audit did not name every offender who made a gambling or adult entertainment transaction, it did give some specifics out. In many cases the civilian or military employee
would withdraw so much money that their card would eventually get rejected because its limit was reached. In a few instances, the card user was allowed to withdraw somewhere around ten times the
spending limit for their trip (in one night at the club or casino). Often there were individuals who made dozens of individual transactions (one of the most egregious examples that we saw was an Army
Reserve Sergeant First Class who made 83 transactions totaling $16,415 at the Pechanga Resort and Casino in Temecula, California. That's nearly $200 per transaction!


To give a few more specific examples:


- One US Air Force civilian employee from Warner Robbins Air Force Base felt like being a high roller one night and pulled out $1,500 from casino cash machines,
saying it fell under the “food and entertainment” expense. Since the military can’t prove that it wasn't used on gambling, he didn’t have to pay back the bill.

- A member of the Air Force in California used $4,686 of his allotted $360 spending limit at the Sapphire Gentlemen’s Club VIP room. Unfortunately for him,
when he tried to pull out another grand, his card was declined. How he pulled out significantly more than his spending limit is anyone’s guess.

- One civilian employee was able to grab $5,000 in cash from the Maryland Live! Casino.

- In another “How did he even pull that much money out?” scenario, a Navy Petty Officer exceeded his $150 spending limit by $1,600.
While $642 was spent in establishments that weren’t gentlemen’s clubs, $1,116 was spread out among four strip clubs.​

The Pentagon also noted that these incidents only accounted for less than one percent of all spending on those cards and that there are currently 1.7 million cardholders, many of whom don’t frivolously
use government cards for their own personal entertainment.

Senator Chuck Grassley was the one who initially put the audits in place, authorizing a law that required them for the military. He found the report shocking and chastised the Pentagon for allowing this
spending to happen largely unregulated. He is currently working on further proposals to require that the military implement more safeguards to protect against spending of this type and felt that the report
made it “clear that the Defense Department had not properly implemented some aspects of my legislation.” Obviously.

The Pentagon responded to these allegations by saying, and I may be paraphrasing here, “But it’s hard.”

It will be interesting to see what happens with this information in the coming months or years. While legislation may be brought up, and passed, it is a possibility that the government will turn a blind eye
to such a small amount of money relative to the overall military budget and spending habits of the remaining cardholders around the country.
Reactions: queenmap, Ellis and Mike
You must log in or register to reply here.
Share:
Facebook Twitter Reddit Pinterest WhatsApp