Not a single human being exists that hasn’t heard of or watched chef Gordon Ramsay on the TV. This is the blonde Brit fellow that has a TV show series called Hell’s Kitchen, which has gained immense popularity over the years. The show was first broadcasted in 2005, on FOX.

The brilliant, yet foul-mouthed chef is now cooking up plans to launch and brand a suite of online casino games, in addition to lottery games. 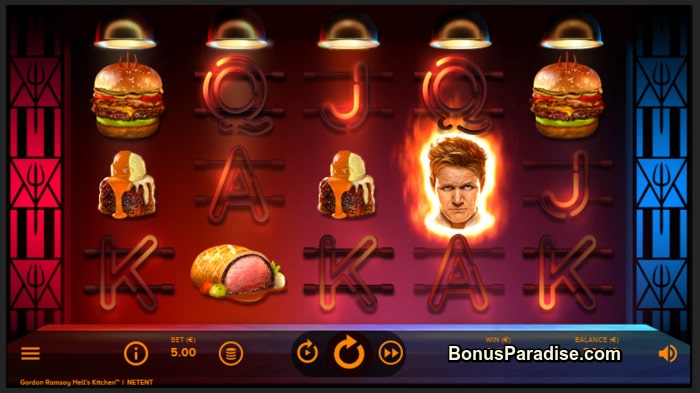 The mega-popular chef Gordon Ramsay is planning on launching a portfolio of online casino games. With this move, the world-known chef will enter the online gambling industry.

Ramsay applied for a trademark with the UK Intellectual Property, to patent his popular TV show series, protecting his title, but the application also includes computer programmes for playing online gambling and betting games. He had applied for gambling services in the nature of online slots and lottery.

Considering Ramsay already has a Hell’s Kitchen restaurant in Las Vegas that overlooks the Las Vegas Strip, and the chef himself is British, it is no wonder this idea came to his mind. The UK is one of the leaders when it comes to regulated online gambling markets, and research shows that more than half of the British population gambles.

Considering in 2017, his Hell's Kitchen group reported a £3.8 million loss and a pre-tax profit of £500,000 in 2018, it looks like the chef is about to make some changes and get back on his feet, and to leave a legacy to his five children. So far, in its popular reality cooking show, Chef Gordon Ramsay spots the worst possible restaurants all over the world and does his best to turn them around. The controversial thing about his show is that he's mostly screaming obscenities at the owners and the staff at those restaurants, hence, the name of the show Hell's Kitchen.

Now, he started his restaurant career in the UK, winning 3 Michelin stars, but as the show and the restaurants’ popularity grew, he expanded his reach to the international culinary scene, the US included. Ramsay’s Hell’s Kitchen restaurant at the Caesars Palace Las Vegas Hotel seats over 300 diners. The famous cook is also in talks to open 100 burger restaurants in the US. When it comes to cooking, he’s motto is creating food for all tastes. Therefore, it is no wonder he stirs at many pots when it comes to business ideas, too. In fact, he has starred in several spin-off TV series, such as Hotel Hell and Kitchen Nightmares, where he tackles the hospitality industry. Testimonies are, he really helped improve many of the hotels and restaurants, but others are still struggling, despite his expert guidance, and some could simply not survive.

And today, he looks like he’s about to take a gamble in the online gambling industry. Another pot in the mix. While not personally operating the online gambling company, Ramsay will lend his personal brand and name to developers who will create branded online slots inspired by him and his Hell’s Kitchen.


Not the First Celebrity to be Depicted in Online Slots

If you’re a slots player, you know that branded titles are a thing. Players actually like these titles because they see familiar faces on them, and it is easier for them to relate with the theme presented in the slot.

Therefore, it should come as no surprise to you that Gordon Ramsay won’t be the first celebrity depicted in a slot. Recently, in 2019 NetEnt created the now hit title Scudamore’s Super Stakes, paying tribute to the popular jockey. A bit earlier, another jockey’s success was depicted by Playtech, Frankie Dettori’s Magic Seven. There are many slots portraying the lives of Elvis Presley, Marilyn Monroe, Dolly Parton, Ellen DeGeneres, Ozzy Osbourne, Dennis Rodman, Sean Kelly, Sinatra and many other public figures, too.

These are slots that depict a fragment, a period or an important event in the lives of the public figures. They are created to be visually appealing and engaging, that’s true, but they also offer all kinds of bonus features that will make players’ experience as memorable as the specific celebrity’s life was.
Last edited: Mar 25, 2021
Reactions: Mike

Hells Kitchen Online Video Slot by NetEnt is now live! The game looks really cool!
I am trying my luck on it at Betsafe Casino!
Reactions: Mike