Microgaming has finally released the long-awaited product that marks the 15th anniversary of the longest-running brand partnership in the iGaming industry between the developer and Square Enix. Lara Croft® Temples and Tombs™ is the final product in the trilogy, which portrays the fearless female adventurer on a brand new mission, on a search for ancient Egyptian treasures. 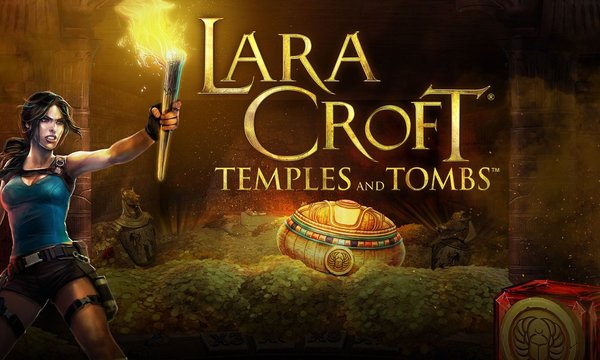 The developer gave the task of designing the game to Triple Edge Studios, the game studio that develops game content exclusively for Microgaming, and has designed several other exclusive games so far. Lara Croft® Temples and Tombs™ combines Triple Edge Studios’ exceptional visual design skills and Microgaming’s proven math formula for successful slots, the 5-reel, 243 ways to win mechanics. Embark on this new quest alongside the iconic heroine and help her hunt down a legendary hidden treasure.

Set at the dark halls of an ancient Egyptian temple, the grid emerges from a mysterious stone cavern. The reels are decorated with jade and glittering gold details, and show symbols put in stone blocks. You will notice Lara’s survival kit, the water flask, grapnels, her backpack and the torches for night treasure hunts, and you will see the two old Egyptian gods Sobek and Set.

Then, you will discover the four high-value symbols portraying Lara in different moments of her mission. You will see the heroine on a motorbike, heading towards the temple. After she arrives, you will see her in action, holding a gun and doing her signature move where she shoots while on the move. Then, you will see her up close, pointing her gun with her right hand at someone, and you will finally see her portrait as the highest-paying symbol.

The Golden Scarab symbol is the Wild in the slot, which only appears on the 2nd, 3rd and 4th reel, and substitutes for all symbols on the reels, except for the Lara’s Scattered Journal.

During the base game, you get the Rolling Reels feature where all winning combos explode and are replaced by new symbols that drop from above. The feature comes with a Multiplier that can increase up to 5x for each consecutive win you land. In case you get a losing spin, the Multiplier resets. But during this Rolling Reels feature, you benefit from each Wild that lands and gets collected.

The Wilds contribute to the Jackpot feature: the more Wilds you land, the bigger your chances are to trigger one of the 3 Jackpot prizes, the Minor, Major and Grand Jackpots that give you up to 5,000x the stake payout.

But the game also offers Free Spins and a lot of them.
Whenever you land 3 or more of Lara's Scattered Journals, you trigger 8 to 32 Free Spins, respectively, with a 3x Multiplier. For each consecutive win that Multiplier increases and can go up to 15x, but for a losing spin, it resets back to 3x. The Free Spins can be retriggered for every 3 Scatters you land, for which you get 8 Spins. The maximum of Free Spins you can get is 80 Free Spins!

The Design Lead at Triple Edge Studios Brendan Walton introduced the game by welcoming back Lara, the epic adventurer that has stolen the hearts of many movie and games fans. Proudly representing the latest slot in the trilogy, Walton said that it was designed on the popular Microgaming’s mechanics Rolling Reels, which enhances the chances for consecutive wins with an increasing Multiplier attached to them for boosted payouts.

Stating that everyone at Triple Edge Studios was thrilled to have worked on Lara Croft® Temples and Tombs™, Walton emphasized the standout Jackpot feature that offers players a guaranteed jackpot prize with the help of the Scarab Wilds. Finishing his statement, Walton said that they were all impatient to welcome players into the thrilling adventure of hidden treasures hunt.

The Chief Commercial Officer at Microgaming, Jean-Luc Ferriere said that the release of this legendary game was an extremely exciting moment for everyone at Microgaming since it builds on their long-running brand partnership with Square Enix.