The biggest online slot jackpot has been won by a stunned but very thrilled player at a Microgaming powered online casino. Jonathan Heywood from the
UK made online gaming history last week when he hit the jackpot on Mega Moolah video slot game and took home the extraordinary sum of £13.2 million.

Mega Moolah, known by many in the industry as the Millionaire Maker, saw its jackpot rise steadily over the last few months, with many online casinos running
promotions based on this game in a bid to get players to try their luck. As more and more players flocked to these sites to play Mega Moolah, the jackpot grew faster, until it reached the grand sum of £13,213,838.68 on October 7th 2015. 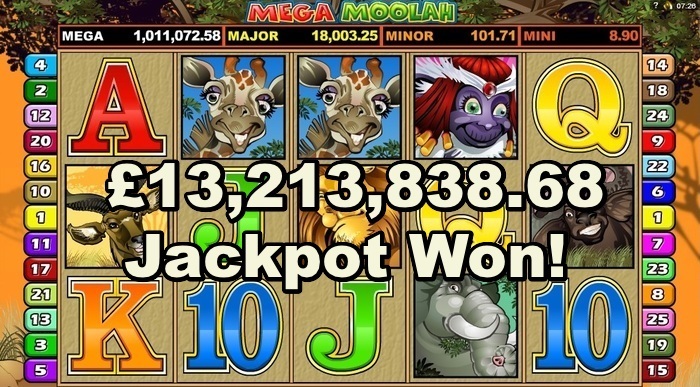 Jon Heywood visited Betway, his favorite Microgaming casino, on that night and wagered 25p per spin on Mega Moolah until he suddenly found himself the winner of the grand amount.

The 26 year old war veteran called the experience “surreal” and said that could not yet come to terms with the fact yet.
“I just kept staring at my screen and seeing this huge number in my account,” he said.

A spokesman for the online casino said that management was delighted for Jonathan and added that “it couldn’t have happened to a nicer young man.”

Heywood will spend his windfall on a new car – a Bentley Convertible – but will also pay for his father’s medical expenses as he waits for a heart and lung transplant.

Also commenting on the huge win was Roger Raatgever, the CEO of Microgaming.

Using the exchange rate of October 7th 2015, the amount is €17,879,645.12! Microgaming now leads the way as the online casino software provider which has paid out the biggest online slot jackpot in history. The group broke by a hair’s breadth the former record held by Net Entertainment for a win on Mega Fortune video slot game.

Mega Moolah slot is considered one of Microgaming’s most popular games and is well sought-after at online casinos which carry games by this group in their casino lobby. The 5 reel, 25 line Mega Moolah slot is bonus rich, with a wild Lion (which doubles any wins it helps create), as well as a Headhunter scatter which awards 15 free spins and a 3 x multiplier.

Mega Moolah slot’s greatest appeal, however, is its four tiered jackpot bonus round, with the chance to win a Mini, Minor, Major or Mega jackpot.

The latest win of an eight-figure jackpot will no doubt encourage even more players to try their luck on progressive slot games found across the board at top notch online casinos.
Reactions: Ellis and Mike

Wow what an incredible story and what an amazing win!!! Just unbelievable!!!
Reactions: Mike and Marina