NetEnt Makes a Comeback in Canada Bringing More Games Than Ever!

NetEnt’s mega-popular games were being offered to Canadian players a decade ago, but then in 2016, the developer decided to pull out of the regulated market. Overnight, Canadian players lost access to its incredible games, and have been limited to a handful of providers ever since.

But then, towards the end of 2018, the developer obtained a license to operate in British Columbia. It has been ever since compiling games for its great comeback, and now finally, its massive portfolio will return to the Canadian regulated market.

NetEnt is one of the fastest-growing software developers, expanding its reach worldwide with each year. The developer has reached many countries around the world, establishing partnerships with giants in those respected markets, and opening new offices in many countries. 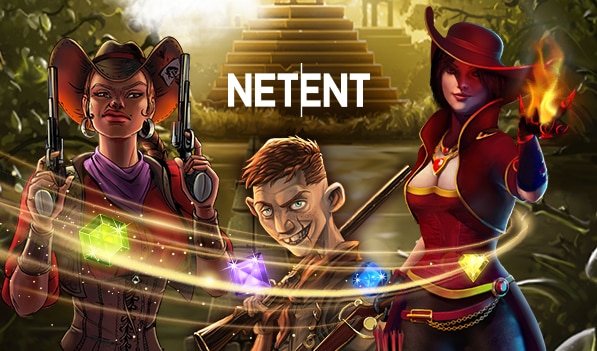 And while it operated in Canada some years ago, it had stopped offering its games in 2016. And since it obtained its license to operate in 2018 officially, it started the technical integration with BCLC (British Columbia Lottery Corporation). This deal was made available through an agreement with IGT, it marked the first official, licensed entry for NetEnt on the regulated Canadian market.

British Columbia Lottery Corporation is a member of WLA (World Lottery Association), the organisation for state-authorized lotteries globally. As NetEnt’s Group CEO Therese Hillman commented, the launch of NetEnt’s games in British Columbia was an important milestone for the developer and a significant step forward in its expansion in North America. Entering new regulated markets was a vital part of NetEnt’s strategy going forward, especially within the World Lottery Association. Hillman finished the statement saying that they were all sure their exciting games would be much appreciated by BCLC's players.

Considering NetEnt has offices in Gothenburg, Malta, Gibraltar, Stockholm, Krakow, Kyiv and New Jersey, it is expected that its games will be available across many online casinos in British Columbia. Although at the beginning of 2019, its games were only available in a few online casinos, now many players registered at different online casinos are gaining access to its iconic Gonzo’s Quest, Dead or Alive, Jack and the Beanstalk and Starburst.

But they are also gaining access to its brand new slots, whose popularity grows as we speak. Spinsane, Conan, Narcos, Dead or Alive 2, Arcane Reel Chaos and other new releases are available, too. Canadian players can get life-changing prizes playing NetEnt’s progressive jackpot titles like Mega Fortune and Mega Fortune Dreams and enjoy all the perks and privileges other players from all around the world have enjoyed in the last decade.

What NetEnt Has to Offer Canadian Players?

Canadian players couldn’t get better news than hearing that NetEnt has made a comeback. Currently, NetEnt is the absolute leader in the industry, both in terms of quality and quantity of the games it releases.

Therefore, not only will Canadian players get its current massive portfolio, but they should expect brand new games appearing each month. In fact, the developer makes sure to release at least two titles each month, and sometimes even more.

But what makes its games so popular and in constant demand by players? Its games stand out from the crowd of average games due to their authentic themes, unique special features and unrivalled graphics. NetEnt’s team of mathematicians, developers, designers and technicians makes sure every new slot that gets released is perfected. When you see a new slot appearing across online casinos, you know what to expect.

You know that it will either be a cool branded slot like Conan or Narcos, or it will be a completely uniquely-themed slot like Wild Worlds. You also know that this slot will feature at least one new special feature, or new mechanics or some other type of novelty. NetEnt makes sure to be one step ahead of everyone else, so it keeps on enriching its games with brand new, rewarding and interesting special features. And, you also know that the gameplay will be feature-packed and never disappointing. But what interests players the most and NetEnt always delivers are staggering payouts. You can rest assured that its slots are as rewarding as they get and that you'll always win something, regardless of the duration of your gaming time and your bet size.
Reactions: Mike
You must log in or register to reply here.
Share:
Facebook Twitter Reddit Pinterest WhatsApp Share