Online Casinos in 2016: A Roundup of Highlights

It has been a fantastic year for the online gambling industry in 2016. We’ve seen the launch of some truly excellent new online casinos, while some of our all-time favorites received a new look with revamped software and exciting new games. The best casino software groups rolled out their finest new titles, and many players walked away instant millionaires thanks to some massive jackpots won this year. All in all, it has been an exciting year for the industry. 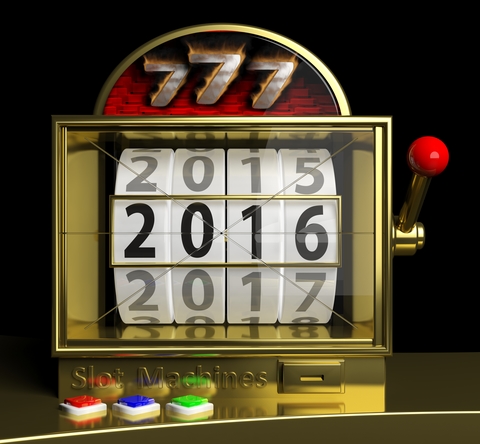 2016 saw the launch of several fantastic new online casinos which are already making an impression among players, despite the extremely tough competition out there. By now you must have realized that only the truly great casinos last in this cut-throat industry, but we have been very impressed with these newcomers.

Rizk Casino:
With its innovative Wheel of Rizk, this online casino brings you a different take on rewards. The more you play, the higher your rewards. We like the fact that the prizes are seen pretty fast and results are quicker than at other sites. It also helps that Rizk Casino carries best-of-breed titles by a wide range of casino software groups such as NetEnt. Most recently, Rizk Casino introduced games by Yggdrasil Gaming, another group which has made a meteoric rise in popularity this year.


Cashmio Casino:
Popular because of its daily missions that players are challenged to, excellent range of casino games by software groups such as NetEnt, as well as great payment methods,
Cashmio Casino’s launch into the market thrilled players this year.

Spinit Casino:
With its byline ‘Dare to Win It’, Spinit Casino is an edgy, easy-to-navigate new online casino. We like the fact that this site has over 1,200 games to choose from so that you will never be bored,
as well as the fact that when you make your first deposit, you are rewarded with 200 free spins!

Existing online casinos got a fantastic new look and their makeovers definitely helped improve their traffic.
We have seen more players than ever flocking to these sites and we wish them well as we head into 2017.

Some of the new look casinos include:

Vera&John Casino: We love the fact that this all-time favorite site has become much more accessible to the playing public, and regularly keeps us
updated with new promotions and bonuses. Add to that lots of great new rewards and games, and this is really one site that will be around for years to come.

Stargames Casino: This site relaunched with a fantastic new look and excellent features which include a fresh new design and availability via mobile devices. Updated features include the ability to filter slots by category and new branded slots such as Hoff Mania and Marilyn Red Carpet.

MyBet Casino: The multi-faceted platform which includes casino, sports and live betting, relaunched in August this year with a fresh look and innovative features. Nineteen new sports were added to the existing lineup, while risk-free bets became the norm.

InterCasino: This old favorite got a new lease on life through one of the most dramatic facelifts seen this year. A new suite of 400 games from some
of the best software providers in the industry means that players are constantly entertained. There are 300 mobile games available for gamblers on the go.

Casinos That Didn’t Quite Make it

When we said that the online casino industry is cut-throat, we definitely meant it. Sadly, several online casinos had to close their doors this year.
These included Tivoli Casino, Casino Fantasia and HeyPoker Casino.
Reactions: pausefisk and Mike

Online casino software groups continue to pull all the stops when it comes to creating exciting, original and rewarding new slot games. Casino groups such as NetEnt, Microgaming,
Big Time Gaming and Yggdrasil put their best creative teams to work and the results were truly astounding in 2016. We can safely say that, thanks to new technology, improved animation
and great sound features, online and mobile gamblers saw one of the most productive years when it comes to new online casino slots.

We examine some of the best slots released in 2016:

NetEnt Rocks Trilogy:
We can’t sing enough praise for the three music-themed slot games rolled out by the Swedish software group, NetEnt this year. Each game – Guns ‘n Roses slot, Jim Hendrix slot
and Motorhead slot – is a true work of art in its own right. From original soundtracks, amazing graphics and lots of potential to win big, the trilogy deserves all the awards it received
throughout the year. Most recently, Guns ‘n Roses slot won Best Game of the Year at the prestigious EGR Operator Awards.

Drive: Multiplier Mayhem:
This is yet another new 2016 title by NetEnt and one has been warmly welcomed by players. The 5 reel, 15 pay line game can be played across all devices. It has a futuristic theme and
several bonus features worth noting, mainly Multiplier Wilds of up to 5 x, a free spins feature which has you racing against three other drivers and the chance to over 5000 times your stake. 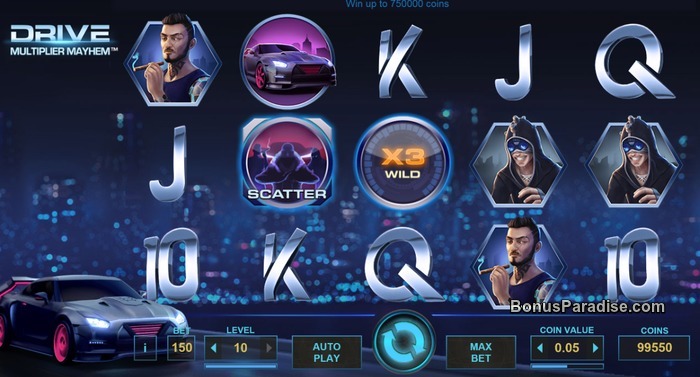 Double Dragons:
The 25 fixed line slot has a Lord of the Rings theme to it and a massive 80,000 coin jackpot up for grabs.
We fell in love with the Dropdown Win feature which has symbols disappear to give way to new and higher-paying icons.

Empire Fortune:
In October this year, Yggdrasil Gaming released a progressive slot game. The 5 reel, 20 line Empire Fortune slot is packed with bonus features, including free spins,
10 x multipliers and a Hold feature. The Jackpot Wheel is your key to one of the three progressive jackpots up for grabs, the biggest being the Empire Jackpot.

Super Heroes:
Six powerful superheroes grace the reels of Yggdrasil’s take on the superhero-themed gaming trend that kept the industry fascinated this year.
We liked the futuristic metropolis feel to this game, as well as its many bonus features such as wilds, multipliers and free spins.

Vikings Go Berzerk:
The long-awaited sequel to Yggdrasil’s Vikings Go Wild slot was released in November 2016 and not only complements the original game but also improves on some of the features.
Highlights of this game include a Vikings Rage meter which helps create up to 4 sticky wilds during the free spins, as well as other wild features. Starquest MEGAWAYS:
This new addition to Big Time Gaming’s Megaways slots series (which includes Dragon Born and Queen of Riches), is a super-sized title with a cool space theme.
The game is enhanced by wild symbols, multipliers, free spins, re-spins and out-of-this-world rewards.

Bonanza MEGAWAYS:
Big Time Gaming’s additional title in its Megaways series comes with 117,649 ways to win. The game features reacting wins, where symbols explode and get replaced with new symbols.
Pay lines will expand in real time and there is an unlimited win multiplier which can be re-triggered. Each year, the very best operators in the online gambling industry receive awards and recognition.
The most coveted award ceremony is undoubtedly the eGR Operator of the Year, and this year’s awards ceremony, held in London in November, was no exception.

This is the list of the winners in some of the main categories:


United States:
Little progress was made in the United States, with only three states having regulated and licensed online gambling markets (namely: Nevada, Delaware and New Jersey).
Efforts are being made on both ends of the spectrum to push for more legalization/a total ban on internet gambling. As this was an election year, all eyes are now on the incoming president,
Donald Trump, to see which direction he will take on the issue. Efforts are being made by online gambling opponents to revive RAWA (Restoration of America’s Wire Act) which seeks a total
ban on internet gambling. These efforts will be taken into the next year, but analysts agree that there is not much chance of the bill passing on a federal level.


Europe:
Plans continue to progress to see several online gambling regulators in a number of European countries such as France, Spain, Portugal and Italy sharing their online poker liquidity.
An intention to sign an agreement was declared by several gambling regulators, and an official agreement is expected to be signed in the middle of next year.

Most recently, Poland announced that it was planning new gambling laws that would liberalize sports betting and online poker, while slot machines will operate under national lottery laws.
The European Commission has given Poland the green light to move ahead with its new gambling bill.


Russia:
The Russian government upped its efforts this year in its continued fight against online gambling. Russia ordered banks and payment processors to cleanse the names of unlicensed online
operators from their customer lists. The country is in the process of legalizing and regulating sports betting, following its efforts to ISP block online gambling websites that appear on its blacklist.
This list continues to grow each month.


Australia:
Over the past year, the Australian government has been putting more and more pressure on its online gambling operators as it seeks to amend its existing Interactive Gambling Act 2001.
In the final months of 2016, the government introduced legislation that will impose stiff fines on operators that serve local gamblers without holding an Australian gambling license.
The government announced a three-pronged approach to revamp the market, including the banning of in-play sports betting apps, cracking down on international operators and establishing
a National Consumer Protection Framework.
Reactions: schnitzerchris and Mike
You must log in or register to reply here.
Share:
Facebook Twitter Reddit Pinterest WhatsApp