If you like to gamble, then you are most likely interested in the famous gamblers of the past. What could be more inspiring than reading about individuals who lived long ago
and yet enjoyed the same pastime that you do? Anyone who enjoys gambling should know a little bit of history about the woman named Alice Ivers, a.k.a. “Poker Alice.” In fact,
if you do not find a pigtailed, poker-playing woman from the 1800s more than a little interesting, you may need to rethink a few things!

Alice Ivers was born in the mid 1800s on February 17th, somewhere around the year 1851. She claimed to be from England; however, many sources think she may have been fudging about that
fact in the name of “staying cool.” Many trustworthy sources indicate that she was born in Virginia to a primarily Irish family that had immigrated some years before. Whether it is England or Virginia,
you have to admit that the story has not picked up a healthy pace yet. Her beginning may be less than fascinating; however, everything changed when she met a man named Frank Duffield. 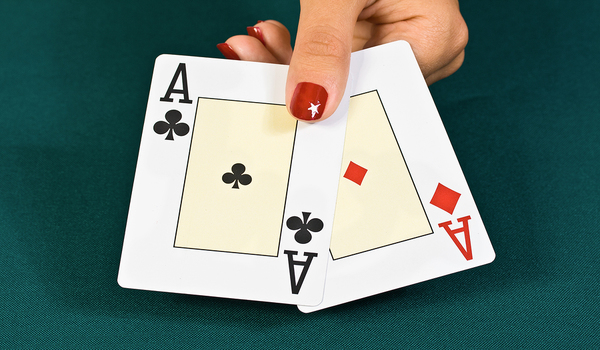 Romance In The Cards

Romance was in the cards (pun intended), and the two of them got married shortly after meeting. Frank Duffield was a man who really liked to play cards. Alice, being a female in the 1800s, would
not have been introduced to the pastime before seeing him play. Supposedly, she would simply stand over Frank Duffield’s shoulder for hours on end watching him play. After a long while of watching,
she began to sit in for him when he was away at work. To the surprise of Frank’s buddies, she soon began displaying a great deal of talent when it came to gaming; she gained the most recognition for
her success while playing the game of poker.

Sadly, Frank died early while working in a mine. Explosions were common in mines during this time period; however, we can only imagine that Alice would have been devastated by the news. It would
seem that she buried herself in the only thing that most reminded her of Frank: cards. She began running poker tables as a means of providing for herself, and she soon gained quite the reputation among
other miners in the town. Her nickname, Poker Alice, was an obvious choice as far as nicknames go: she was a natural at the game of poker and became even more skilled as time wore on.

Poker Alice had good looks and a smart head on her to boot; pictures from her early years indicate that she was a very attractive young lady with an intelligent sparkle in one eye. Her brains came in
handy because she could count cards better than just about anywhere out there – and you can only imagine how she must have used her good looks to her advantage when gambling against male players.

Poker Alice became very successful and earned a great deal of money by simply playing the poker tables in her town. She could soon afford whatever clothing or other possessions she wanted.
She began moving from small town to small town playing at the different saloons offering poker (which was just about every saloon).

Aside from an appreciation for good fashion, Poker Alice also had an appreciation for black stogies. Many of her pictures feature her holding a large stogie between her teeth. Interestingly, she stuck to
her religious upbringing throughout her life. She was known for never playing poker on a Sunday, which she considered a day of rest according to the Bible. She probably traveled with a Bible and a gun
in her bag; sources indicate that she typically carried a loaded .38 to protect herself from the rough and tumble crowd in mining towns of the 1800s.

She married again, twice, but was widowed shortly after each marriage. According to legend, Alice’s second husband died in her arms from tuberculosis. She drove his body 40 some odd miles into town
and pawned her wedding ring in order to afford a decent funeral for her husband. As soon as she was able to return to a gambling house, she promptly won back the money needed to buy her ring back
and returned to the pawnshop to collect what was hers.

As an older woman, Poker Alice encountered some trouble with the law due to occasional drunken spells and encounters with the military (i.e. when she accidentally shot a bullet through two soldiers
at one time). No legal action was pursued in depth, however, due to Alice’s age.

Poker Alice is one of the most beloved characters of gambling history, as her colorful life story often gives many people a good chuckle or even a spark of inspiration. If you are interested in learning
more about Poker Alice, try looking up a photograph of Alice on the Internet. People say a picture is worth a thousand words – and one look at Poker Alice will sum up this article nicely.
Reactions: Mike and Kotsy