The Art of Gambling - The Story of Claude Monet

Even if you don’t consider yourself an artsy person, you are probably familiar with the name Oscar-Claude Monet (or at least the “Monet” part).
Monet was born in a blustery November in the year of 1840. Monet is most well known as an impressionist painter; he was the father of French impressionism.
So what does gambling have to do with one of the most incredible painters of all time? You may be surprised to find out that Monet was also an avid gambler.

Claude Monet was known as “Oscar” around his religions home. Both of his parents were religions, and Monet was baptised as a Catholic while he was still a very small child. Interestingly,
sources indicate that Monet later became an atheist. His changing beliefs were not the only surprises he had up his sleeve for those in his time period; he would continue to baffle both colleagues
and opponents alike in the years to come with his “different” way of living. Monet’s father desired that he go into a family owned business working with groceries; however, Monet had different aspirations.
From a very early age, he knew that he wanted to be an artist. This may have been influenced by his mother, who had some artistic talents such as singing. Little did his parents guess that Monet’s knack
for art would be world-changing or that the young boy would make his way in the world partly due to his success gambling.

In the year of 1851, Monet began attending a secondary art school called Le Havre. He struggled financially and tried to support himself by selling portraits and cartoonish drawings to locals.
He likely learned to play games with dice and cards and may have even begun learning how to gamble while staying in Normandy. 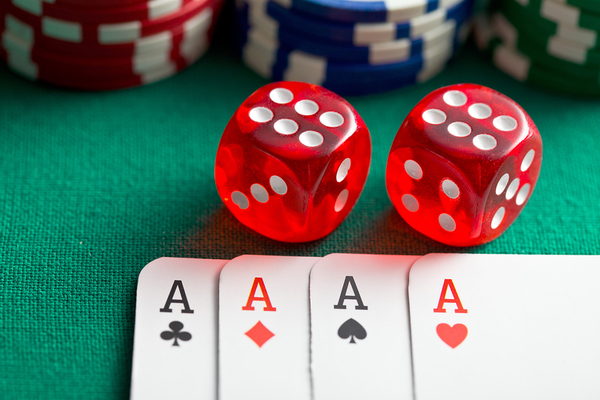 He met many soon-to-be famous artists while spending time on the beaches of Normandy, including his most influential mentor. However, at age sixteen he was soon sent away from
school due to the death of his mother. You can only imagine the disappointment the young Oscar-Claude Monet experienced when he was sent to live with his widowed aunt - far away
from the excitement of the Le Havre secondary art school.

When Monet was old enough to get out and about on his own, he left for the big city of Paris to visit one of the most incredible art museums around, the Louvre. He began practicing the art of painting by sitting
in the museum and copying the work of famous masters that sat locked away behind the glass. Very few staff at the museum or passing tourists would have guessed that the young painter would soon have work
of his own that was art museum-worthy. It was in Paris that he met his contemporary Edward Manet (confusing, right?). Both Monet and Manet became big names in the Impressionist movement.

Monet spend a short two years in the military, but was soon back in Paris due to an illness contracted while serving. We can only assume he was delighted to be back in the city of his youth. His passion for art
had not died down over the span of two years he had been gone; in fact, he became even more original. Monet had become irritated with art schools, desiring a more unique and original approach to his art.
He began seeing private teachers who cultivated his appreciation for “broken color”, the application of very quick and seemingly messy brushstrokes. This approach became known as Impressionism, which
changed the landscape of the art world forever.


“Alright,” you say. “Enough with the artsy stuff. What about the gambling? You promised there was stuff in this article about gambling!” While the “artsy stuff” has its own unique value,
we agree that we find gambling far more interesting. So, here’s where the gambling part comes in (drum roll).

Oscar-Claude Monet struggled financially for a great deal of his life. It was often difficult for him to pursue his true love, painting, due to the expensive nature of the hobby.
Buying supplies for something that often brought in so little funding was breaking the bank, so to speak. As the legend goes, Monet had continued his gambling pastime on the side.
Around the year 1890, he struck gold in the French lottery, winning a ticket worth over $13,000 in his currency. That lottery winning obviously helped Monet, but without it the world
may have been deprived of one of the greatest artists of history.


The moral of the story is, gambling was and is a sport enjoyed by many reputable and even famous individuals. In fact, a good roll of the dice has even helped some individuals be able to achieve
their hopes and pursue their passions. Who knows? If Claude Monet had passed up making that bet centuries ago, we might would have some blank spaces on the walls of our most reputable
art museums. The entire evolution of art may have been changed. After learning about some of the historical figures who enjoyed gambling, you may begin to think that gambling plays more of
a “roll” in history than you previously thought.
Reactions: Ellis and Mike

Wow, I never knew that about Monet. Always thought only art.