The Decline of Macau Continues

The decline of Macau’s casino market is continuing on its downswing, analysts have found. Not only have they been on the decline, they ended up actually below initial estimates due to lackluster figures toward the beginning of June. One piece of the Macau puzzle, aside from the obvious Chinese government crackdown on some of Macau’s VIPs, is due in part to “bad luck” as D.S. Kim, analyst at JP Morgan, put it. What he meant by Macau casinos having bad luck is simply that the house won less than anticipated. It’s rare that you see a casino losing so badly it makes a noticeable dip in their overall profitability, but in Macau’s case it seems that nothing is going quite the way the casinos want it to. 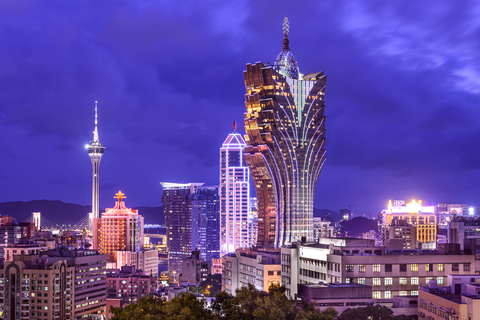 It’s no secret that Macau depends heavily on casino gambling for its primary revenue generating business so the impact on the casinos has had a drastic impact on the city as a whole as well with the economic output of the city dropping 24.5% in the first half of 2015.

Kim said that this month would fare no better than the preceding months for the casino market, predicting a further decline of 30-32% in June alone.

Tim Craighead, an analyst at Bloomberg Intelligence, is more optimistic. He believes that casino gambling revenue in Macau might stabilize once tourists from all over the world make summer trips to the Chinese city, making up for many of the Chinese VIPs lost.

While Macau continued its yearlong streak of lost profits, losing 37% in May, Las Vegas casinos saw a marked rise of 8% in May.

The Las Vegas Sands has been feeling a bit of pressure from the Macau downturn, seeing stocks drop 2% in the past week, hitting a year low of $49.57 on May 26th. Many analysts, Craighead being one of them, expect the uptick or stabilization of the Macau gambling industry later this year. Many analysts believe that once the crackdown lessens or becomes a normalcy in Chinese life, Chinese VIPs will once again make the trip to Macau to enjoy the nightlife once again.


Wynn Resorts took a particularly hard hit, dropping 6% last week. They ended up hitting a year low of $97.89 per share. The recent arrests of many Chinese officials hurt VIP business significantly. The reason that Wynn is reeling so much from the crackdown is their larger presence in Macau. They are, quite simply, much more invested in the city than other casino businesses are. Fortunately, the analysts have a sunny outlook for their business as well, expecting stocks to increase by 40% in the coming months or year.


MGM Resorts, whose home is mostly on the Las Vegas Strip, was kept afloat by Las Vegas’ overall profit increase of 8% with its stocks only dropping by 2%, the same as the Sands, who also have a heavy presence on The Strip. Though analysts don’t have as optimistic an outlook for MGM as they do Wynn, they are still expecting to see MGM’s stocks rise by 15% in the coming months.


In addition to the crackdown, a new smoking ban in Beijing is expected to hurt Macau’s casino business as well. The city of Beijing has implemented a law that will ban smokers from smoking in any public area. This ban includes the 14 smoking areas in Beijing Capital International Airport. These are soon to be replaced by outdoor smoking zones in order to keep indoor public spaces clean and smoke free.

It should be noted that Beijing’s ban does not extend to Macau or, indeed, any other part of China. It is solely a citywide policy but many feel it’s indicative of what’s to come for China with many predicting
that China will follow suit and implement a national public smoking ban, which will change how Macau interacts with its smoking clientele.

While it may not make a huge difference in profits, they still may lose a decent amount of potential customers to other markets that do offer indoor smoking in their gambling facilities and since Macau is already hurting quite a bit from the Chinese corruption crackdown, it will cause a bigger wound with even a few VIPs dropping out of Macau.

Many junket operators are pressing for the Chinese and Macau governments not to push forward the smoking ban or, at the very least, to make an exception for VIP customers, citing “good customer service.”


Again, it must be noted that it’s not likely that a smoking ban would ruin Macau’s gaming industry and there would still be quite a few VIPs who would be willing to deal with a smoking ban but it remains to be seen how far the smoking ban will go and how much of a gash it will leave on Macau’s already bleeding industry.
Reactions: SuperNova and Mike