It should be no surprise that people try to rob casinos. They try to rob them a lot actually. They’re right up there with jewelry stores, liquor stores, and banks. The strange thing about casinos is that a good
amount of casino robberies go unsolved, compared to other, commonly robbed establishments. While there are some casino robberies that are just your standard guns out “put the money in the bag” fare,
there are others that are much more ingenious to the point where you might not even consider it a heist. Here are five of the best real casino jobs. 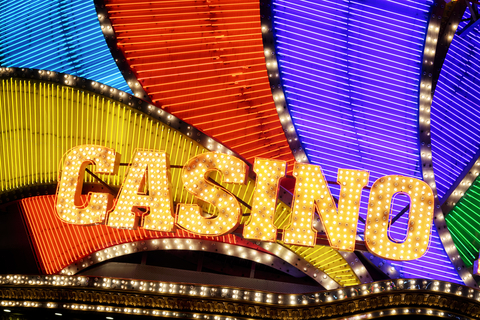 Bill Brennan was just a regular guy who worked at a casino. He got up, brushed his teeth, showered, put on his uniform, and went to work, just like every other average Joe. But on September 22, 1992,
Bill Brennan decided he’d like to have a taste of the good life and quietly clocked out and took a bag full of $500,000 (about $840,000 adjusted for inflation) in cash with him.

The sheer simplicity of the crime is almost admirable. There were no guns, no ruckus, no threats, and no one got hurt. He just strolled out like he did every day, just with a massive severance pay in arm.
Given that the casino knows his face, his name, his social security number, his address, and probably enough information to track him for years to come, you’d think he would have been immediately caught.
Not only was he not immediately caught, Bill Brennan has not been seen since.

Heather Tallchief and Robert Solis had possibly plotted their heist for months or even years before they actually went through with it. Tallchief, a 21-year-old mother of one, was a fairly average
woman with no real criminal history to speak of. Her boyfriend-slash-accomplice, Robert Solis, on the other hand had served a stint for killing an armored car guard in a robbery attempt.
Instead of robbing an armored car, they thought, they could just steal the armored car. What better way to do that than to get a job driving an armored car? That’s exactly what Heather did.

On the day of the heist, Heather simply drove off with $3 million in cash (nearly $5 million today). She believed that she and Solis would be set for quite some time, if not for life, and went straight back
to him. In thanks for a heist well done, Solis left Tallchief and her son $1,000 and skipped town. Somehow both had eluded capture (Solis probably having the easier time) until 2005 when Tallchief turned
herself in, stating that she had been living in Europe for most of the time. Solis, on the other hand, is still at large.

The Eudaemons, the name coming from Plato’s eudaimonism philosophy, were a group of UC Santa Cruz students who were looking for a way to beat roulette. Their plan to beat roulette relied heavily on
their shoes. Yes. Their shoes. Basically, they designed a computer to determine, among other things, the period of the roulette wheel itself as well as the ball. It turned out that the machine was accurate
enough to give them a 44-cent profit for every dollar they put down. That may not seem like a lot but when you bet $1000 and get $1440 back, you tell me how small it feels.

The system worked for a while until one of the members burned a hole in her skin and another one had a shoe catch on fire. Several others dropped out of the group for academic reasons.
All in all, they made around $10,000 ($48,000 today).

In another technology-driven, roulette-related heist, three men in London managed to score £1.3 million ($1.9 million US) from The Ritz and get off without a scratch. They devised an ingenious plan to rig
up their smartphones to shoot a laser at the wheel to determine where the ball would land. This allowed for some pinpoint accuracy and tons of quick cash. Unfortunately, they were quickly arrested and tried.

But that’s not the end of the story. In a bizarre twist of fate while they were facing the judge it was decided that no crime had been committed and the men faced no charges and no penalty for what they had done.
You read that right. Three men cheated at roulette, won £1.3 million, got caught, and no one could say anything about it.

As the list has gone on, you may have noticed that the line between “heist” and “fair game” has become increasingly blurry. This one lands firmly on the side of “totally fair game” even though casinos will still
kick you out for doing what these students did. Sounds like sour grapes, frankly.

The MIT Blackjack Team was made up of students from several schools who decided to take a few different skills, including card counting and ace tracking, on the road with them to make a few (million).
The team was full of skilled students, recruited through fliers and interviews, taught various techniques, and put into action in casinos across the country. Various investors and players became involved
and at one point over 70 people had been on the team in some capacity. Their returns on investments? Anywhere from 4% to a whopping 300%. In 1993 the group officially disbanded but created a few
offshoots that were still fairly active until the late ‘90s and early 2000s.

In the end, the MIT Blackjack Team is what gamblers all over the world dream of being when they sit at the table.
Reactions: SuperNova, Ellis and Mike