There are two new companies which have just launched and it looks like we’ll be seeing exciting things from them. This is a thrilling time in the gaming industry, because people who started with some of the biggest brands in software development and online casinos a decade or so ago are now stepping out on their own. They’ve truly been raising the bar in regard to ingenuity, player experience and rewards.

Here are the stories of two brand new entities, created by people who have created games you’re probably already familiar with.

BetSpin is still in development. Discovering true ownership is a bit of a challenge, but in April 2014 a company called NIO entered into an agreement with Gaming Innovation Group (GIG) and formed Candid Gaming. The company originally had divided ownership among several parties. Upon formation, NIO owned 73-percent, GIG had 24.5-percent, 2.5-percent went to Mikko Hirvonen, Candid Gaming’s CEO, and the final 17.5-percent was reserved for key employees. This made big news, because GIG operates the renowned Guts online casino.

In addition, the “key employees” mentioned in the contract are from various other casino companies. Phil Lam signed on to be Head of Casino and he previously worked for Betfred and Betsson. Aleksi Jetsu, from PAF and Plus One Dreams, took the role of Head of Development, Olli Jäderholm, from Plus One Dreams, took the position of Chief Design Officer, the Head of Customer Operations is Geir Mjosund from Unibet, ComeOn and Betclic, and the
Head of Affiliates is Ville Lehtinen from Betsson. At the end of December 2014, Candid Gaming restructured a bit. NIO took full ownership of Candid Gaming, and gave the original shareholders a portion of NIO instead. So, Guts! still owns some of it, but in a roundabout way, because their parent, GIG owns roughly 17-percent of NIO as part of the deal. 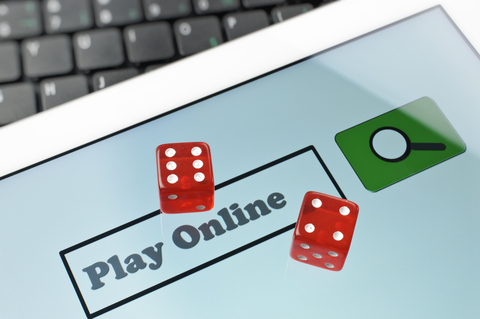 If you’re more concerned about what BetSpin Casino will offer, this next part is for you. Right now, they’re working on their soft launch, which means that only a few elite people have access to the games. They also have a place on their website to sign up, if you’d like to be among the first few people to get in. They’ll be allowing groups in a little at a time to test it out and provide feedback. In exchange, they’re giving exceptionally sweet welcome bonuses. However, if you wait until February when BetSpin opens to the general public, it looks like the welcome bonus will still be an exceptional 200-euro match, with an additional 100 free spins. Based on the information released, BetSpin will look and operate much like Guts! online casino does.

Another newcomer to the online gaming market is a company called PlaySimple. Again, they are very much in the development stages, but given the core team, they’re sure to go places. Siddharth Jain, Suraj Nalin and Preeti Reddy have all taken lead roles, and the company is partially financially backed by Yezdi Lashkari. It’s ok if you don’t know their names, but you’re sure to be familiar with their former employer, Zynga.

In fact, Jain, Nalin, and Reddy all worked together on Mafia Wars and Bubble Safari. It’s unclear whether their library will grow to have any casino games, but it wouldn’t be surprising at all. Right now, they have two apps available. The first is called GuessUp, which is available for Apple and Android devices, as well as on Facebook. Despite the fact that it’s a simple Pictionary-style game, it’s very well-done. The graphics are crisp and friendly, plus it’s easy to play. The second one is a similar concept, but provides four images and your goal is to find the link between them.

It’s aptly named PicTales: 4 Pics 1 Word. If you’d like to get a feel for their game-development style, their initial releases are totally free to download to your device, but they offer in-app purchases. PlaySimple plans to continue growing and will focus heavily on social games of all types for mobile devices. Although their first releases are incredibly basic, it’s likely they’re just trial-runs to see how different features are accepted by the general public. At any rate, the Indian company has loads of experience and is already getting rave reviews, so it will be fun to see what they develop next.


This year is already off to a strong start in igaming. There were several companies launched last year, which are beginning to pick up steam now, and already a few new ones in 2015. Many of them were created by people who gained experience with established companies and are now free to try their own creative projects. This is sure to raise the bar in game development, so we’re likely to see a lot of entirely new concepts and designs start to appear in casinos and casino games.
Reactions: Ellis