The online casino industry is an extremely dynamic one, and changes are always been made.
Vera&John Casino makes sure that its players are kept abreast of the latest updates, and this month is no exception.

So what is new in the world of Vera&John?

For starters, the group was excited to announce that it partnered with the largest concert promoter in the Nordic market, Live Nation. 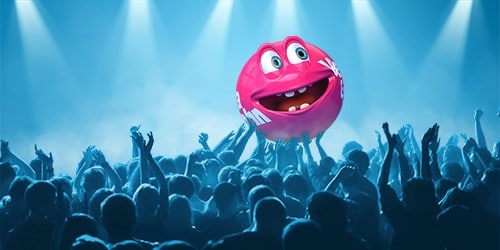 As such, the gaming group will be able to offer its members early access to a wide number of national tours and events in Finland, Denmark, Norway and Sweden.
Live Nation, part of the Live Nation Entertainment group, brings over 3,000 concerts and events to the region on an annual basis.
Now, Vera&John Casino players can be part of the fun as well!

Vera&John Casino said that it has become the first gaming platform to offer the software group, Quickspin’s entire game catalogue to Danish players.
This is truly thrilling news for players since Quickspin just happens to be one of the hottest kids on the casino block at the moment.

Danish players can look forward to playing amazing slot games such as Treasure Island, the Epic Journey, Firestorm,
Sinbad and the upcoming Sakura Fortune, which takes you into an enchanted world of blossom trees and golden dragons!


Good news for Swedes as well!

Vera&John Casino announced that the payment method, Zimpler has added a new feature. From now on, players can deposit with Swish through Zimpler.
“Our players will join the ranks of the 5 million Swedes already using the quickest, simplest mobile payment method on the market,” says Vera & John.
“As if Zimpler wasn’t easy enough already!”

In other industry news, Vera&John Casino announced that there have been some changes to the game provider, IGT, which, unfortunately,
has had to block a number of countries from their excellent games portfolio. Blocked territories include Brazil, Japan and New Zealand.

It was just a couple of days ago that it was announced that IGT has secured a new Norsk Tipping supply deal and platform extension. This means that the New York listed gaming giant will
continue to provide its online casino and instant win games to the Norwegian state monopoly operator, Norsk Tipping. IGT has been supplying its games to the Norwegian group since 2013.

In the meantime, we remind players that Vera&John Casino invites you to kick start each week with a fantastic Money Back Monday promotion.
This pick-me-up promo means that you can look forward to super bonus top-ups at the beginning of the week.
Simply opt in at the online casino, and you could be one step closer to a bonus top-up of up to EUR 20 every week.