Children of the 1970s and 1980s are rejoicing everywhere. The beloved brand Atari has come back and this time, they’re making retro casino games.

The company was formed in 1972 by Nolan Bushnell and Ted Dabney. Their first engineer created Pong as a test game, but it ended up being shipped to arcades, bowling alleys and retail chains
throughout the country. In 1973, Atari created its own competitor. A company called Kee Games was opened by one of the founder’s neighbors and instantly started selling Atari knock-offs.
Sears approached Atari in 1975 and asked them to design a console that consumers could play in their own home, and it became one of the must-have gift items sold that holiday season. A year later,
Atari Breakout was released. The project team included Steve Jobs and Steve Wozniak. On a side note, the two later went off to form their own tech company, a small start-up by the name of Apple. 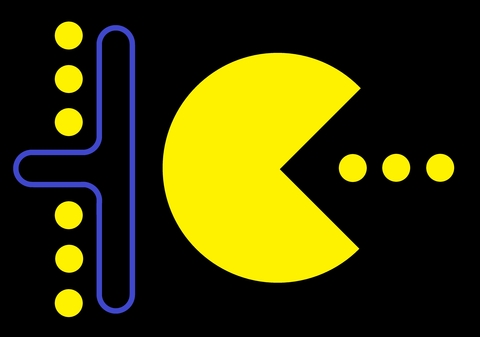 Shortly after Breakout, Atari released a computer console gaming system, and they continued working on game development, including another arcade game. In 1979, they released the mega-hit Asteroids,
followed by Space Invaders in 1980. The early 1980s also saw the release of Dig Dug, Pole Position, Ms. PacMan, Millipede and Centipede. They continued to lead the pack in new console designs, high-tech
controllers and cutting-edge games for years.


Where Have They Been?

The years between 1983 and 1985 were dark and are often referred to as The Video Game Crash of 1983, or a period of “Atari shock.” The video game industry saw a 97-percent drop in revenue, seemingly
overnight. Although it had been the fastest-growing company in the US at that time, Atari, as well as many others, were forced into bankruptcy. In 1984, it was sold to investor Jack Tramiel, who is better-known
as being the founder of Commodore International. Atari trudged along with development under Tramiel’s watch, but a parts shortage made them unable to release their handheld gaming device in time and they
lost out to Gameboy. They released a console called Jaguar in 1993, but by then Sega Genesis and Super Nintendo were doing well, and Jaguar failed to sell. The company changed hands repeatedly after that and eventually became part of Hasbro Interactive, which was bought out by Infogrames Entertainment in 2001. However, it wasn’t until 2008 that Infogrames managed to buy up all the Atari titles. As a beloved brand,
they were able to cash in on nostalgia in 2011-2012 and released old titles as apps and on Facebook, as well as on a handheld gaming unit. Then, a year later they filed bankruptcy again.

This is where it gets exciting. Early in 2014, Atari announced they were getting into the online casino business. Atari Jackpots opened up online with a full suite of traditional casino games, plus a few that are sure
to make you feel like a kid again. As of now, they are only releasing social games, which are free to play. However, they have announced that they plan to release real-money betting games in the very near future.

Overall, their game style isn’t like others on the market. The animations are fairly basic, but are still appealing and easy on the eyes. Upon arrival to the website, players are instructed to select an avatar before
gameplay can commence. Their video poker comes in two skins- Puppy Poker and Swimsuit Poker. They both contain Jacks or Better, Deuces Wild, and Double Point Bonus. Blackjack comes in two skins as well,
Hula Blackjack and Black Tie Blackjack and there are single-player and multi-player options. There’s also bingo, plus two varieties of solitaire- Lilly Pond Solitaire and Sundaes Classic Solitaire. The slots are
where they again cash in on nostalgia, though. Their video slots consist of titles like Millipede, Asteroids, Missile Command, Gravitar, and more. The down side is that in order to get to play some of the other slots,
you must play more to unlock them. For instance, only a player who has reached Level 8 may play Crystal Castle and a newbie can merely select Asteroids.


Overall, their new online casino games have a very light-hearted feel to them. Though not entirely intuitive, help is just a click away. The slots are much easier to play than the card games, and they also have
a more retro appearance. On the whole, the audio sounds more like a video game than a casino game, and they slip some surprises into their animated graphics as well. Like a true social game, players can make
friends, leave comments for each other, send messages and unlock achievements. For added fun, the avatar can be customized to look almost any way you like, and you can shop to accessorize your character, too.
Atari may have hit a home run for the first time in decades with this one. It’s no-doubt a perfect entry into casino games for novices and will probably do very well when they release the cash-pay option.
Reactions: Kotsy and Ellis

I love Atari!!! I still remember the days when i played Pong! you can still play this awesome game online!
Looking really forward to the Atari Casino Games!
Reactions: Marina and Ellis

OMG Mike yeah I remember you had one and was playing everyday.
We also did gymnastics, where you get points for your best jump
Reactions: Mike and Marina

I had an Atari VCS 2006 system and spent man many hours to fight against Alien Invasions...lol.
Reactions: Mike, Marina and Ellis

I think I have the Atari system somewhere in the house. lol