Will South Africa be the Next to Ban Online Gambling?

South Africa appears to be the next region seeking to limit their citizen’s access to remote casinos and other forms of Internet gambling. If it happens, they’ll be among company,
as Singapore has recently moved to severely limit remote wagers, China has stringent restrictions, and Greece has an outright ban on all electronic gaming.

Throughout the years, South Africa has historically had stringent laws on betting. In 1965, all forms of gambling were banned within the region, with the exception of horse race bets, which they
classified as “sporting.” Over the years, illegal casinos crept up and, at its peak, an estimated 2,000 were thought to exist. However, legislation changed in 1994 and all forms of gambling became legal.
In 1996, the region set out to create regulations for gaming. Under The National Gambling Act,The National Gaming Board was established, as were policies to license betting venues. A single national
lottery was also created, and betting on horse races was reclassified as gambling. Moreover, it was determined that online casinos were unlawful, however, sportsbook was permitted. Penalties for online
gambling, for operators, players and anyone else involved, are steep. If convicted, offenders may face a fine of 10 million South African rands and/or be subject to 10 years of imprisonment.

The National Gaming Board (NGB) of South Africa is the agency responsible for overseeing all land-based and remote betting venues for the region. It was established regulate, not necessarily restrict,
gambling, to ensure that betting within their jurisdiction was managed with integrity. The board is overseen by The Minister of Trade and Industry, Dr. Rob Davies. In September 2014, Minister Davies
released a cryptic statement explaining that he had removed all members of the board, “pending a forensic investigation.” No further details were made available, other than that he had appointed two
nameless administrators to oversee daily duties to replace the board members. About a month later, Minister Davies explained that the removal occurred largely because the board mismanaged funds,
resulting in bank overdrafts. Additionally, they gave themselves massive wage increases, have been accused of intimidation, appointed staff members unlawfully, and have engaged in other corrupt behaviors.

The National Lotteries Board (NLB) was established in 1997 to regulate all lotteries within its jurisdiction, including the national lottery. The board consists of members who are appointed by the Minister
of Trade and Industry, and they also serve in an advisory capacity to the department. For this reason, the opinion of members of the National Lotteries Board may be key in upcoming legislation changes.

In April 2014, a draft of South Africa’s Remote Gambling Bill 2014 was published. Primarily, it permitted online gambling, provided the operator held a license issued by The National Gambling Board.
Licenses would only be available to operators who have physical equipment within the province in which they applied, though players outside South Africa would be permitted to place wagers as well.
Additionally, operators would not be allowed to extend credit to any gamblers. Stipulations for tax collection by each province were included, too. The Remote Gambling Bill has not been approved,
as of yet, but South Africans, as well as remote casino operators, have been optimistic that it will pass. 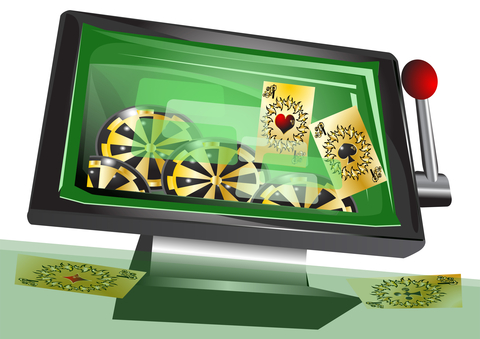 The National Gambling Policy Council (NGCP) consists of national and provincial government representatives who come together to discuss South Africa’s gambling policies. In a recent conference,
The Department of Trade and Industry proposed that all new forms of gambling be prohibited. This includes online gambling, and also other things like betting on dog races. Presently, bingo terminals
are exempt from legislation, though the number of licenses permitted was recently temporarily reduced. It was further recommended that the reduction become permanent.

As of now, South Africa is divided on whether to permit online gambling. On one side, Deputy Director-General Zodwa Ntuli and Chief Director MacDonald Netshitenzh argue that it’s not possible to
regulate gaming without restricting access to it. It’s also been added that there’s no benefit to permitting it. In essence, it simply makes it more difficult for government agencies to ensure the integrity
of operations. On the other side, opponents of the ban cite South Africa’s illegal gambling past. Historically, the people have created betting venues despite laws and this would be expected to continue.
Without an agency to oversee operations, those betting are more likely to be taken advantage of by unfair practices and face problems with addiction.


Discussions are still being held, and it’s quite likely full details have not been released to the general public yet.
However, at the present time, it appears that South Africa will soon join the leagues of jurisdictions that outlaw remote casinos.
Reactions: Ellis, Mike and Kotsy

Most countries ban gambling because they want a piece of the action. It bothers me because they earn more than enough money from other revenues. In other words, leave the online Gambler's alone and allow them to play in peace without the government getting involved. It always ends up political.
Reactions: Ellis, Mike and Marina